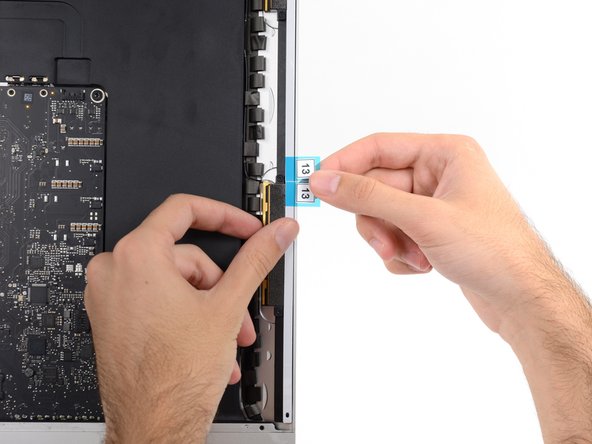 My iMac 2013 began running crazy slow. It was only 3 yrs old, err, new! I know Apple wants us to throw stuff out but really!? I put an SSD in an even older 2007 iMac using the awesome instructions from iFixit and it made it better than new. Seriously. When my 2007 iMac was performing faster than my 2013 iMac I knew I had to bite the bullet and put in a new SSD (I had already maxed out the memory and was regretting buying the old skool 7200rpm 1TB HDD instead of the Fusion Drive). I had put it off for ages because of the need to cut off the screen (the old iMac was attached with magnets and much easier). I ordered the full kit from iFixit - tools and replacement double sided tape - and crossed my fingers until it arrived.

Well, the big day came sooner than I expected. All of the tool arrived post haste. Being in Australia I'd expected to wait ages but it all arrived within about 4days. Timing was perfect as my iMac was becoming unbearable to use.

I opened the iFixit package and was immediately impressed with the gear. Top notch. Love the "Repair is noble" tag line on the tools!

I pulled up the iFixit instructions and set my iMac on the kitchen table. I took a deep breath and began to cut.

After a surprisingly uneventful 90mins - I was super careful and needed to clean out all of the dust that had accumulated in my iMac - it was all back together and powered up first time. Fast!

Once setup back in the study, I gathered the family around for a ceremonial switching on. They were all pleasantly surprised (sheesh, no faith in dad!) when it sprung to life first go (ok so I cheated by testing it first) and we're happy that it ran like the clappers.

Job well done! Now if only Apple would sort out their OS which I am sure has gotten worse over the years...if only Steve was still here. RIP.

1. Buy the iFixit toolkit and stickers

I also setup my SSD with the new OS and my files the night before as an external disk. This saved time by checking it all worked before putting it in the Mac, sealing it up, and then finding a problem.

Happy fixing! Repair really is noble...and rewarding...when you have the right tools and a resource like iFixit.