Battery replacement by Apple not so easy in Mexico 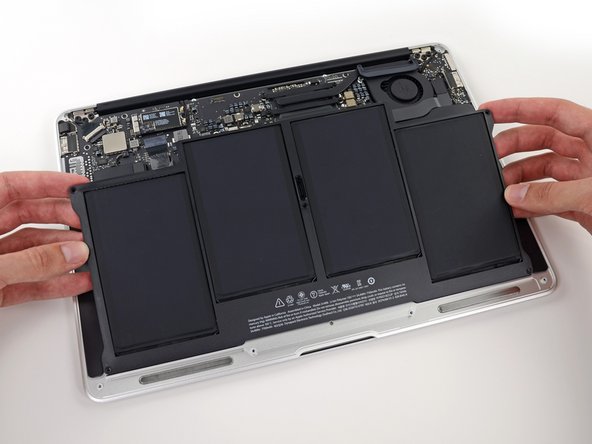 I badly needed a new battery—the dead one was affecting computer performance, and I couldn't even use the MBA unless it was plugged in. Macs are expensive, and I'm willing to pay to have them repaired by certified Apple techs using genuine Apple parts so as to preserve the computer's value. But long story very short, this route was not possible for me in Mexico, as I would have had to leave my computer, which I use daily to run my business, at a repair shop. So I decided to put my faith in iFixit.

I was shocked by how easy the battery change was. The tools and guide provided by iFixit let me go forth with confidence. I just had a bit of trouble connecting the new battery because I have fingers without a lot of dexterity. I did this repair in well under 15 minutes.

The new battery is performing very well. I can once again go a full work day on a single charge (with judicious energy management).

Have a magnet handy. I just used one that was on the side of a level. I started removing screws from the very top left and then laid them in a row on the magnet. It was then a matter of reversing the process to get everything back in place. So no lost screws and no putting the wrong one in the wrong hole.

The part about what tool was useful doesn’t save for some reason. I have to mention that I would never have thought to get a tool to pry off the back had I gone piecemeal acquiring a battery and tools.