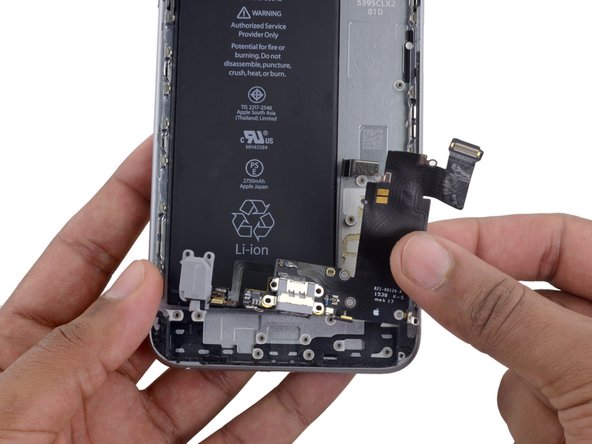 Roomie's iPhone 6s was on its last limb. The screen was obliterated, and coming up from the back case, the battery was starting to go, and the phone wouldn't charge because the lighting port had been so worn down. It required a delicate touch to get it to charge for more than a couple minutes, and at one point, stopped altogether.

Managed to replace the screen, battery, and charging port/daughterboard with minimal fuss, although one of the coaxials needed some coaxing to get back on. He had the pink version with the white screen, but we replaced it with a black one for a cool patchwork effect as it's kept its white home button. He had bought an iPhone 7 for $500 because he thought his old phone was done, but we managed to fix his back to new for $90, so he was a happy customer for sure! He is able to return the iPhone 7 for a full refund, and we were able to keep another device out of the trash. Bringing this iPhone back from the dead felt really special, and on Friday the 13th no less! Spooooky!

Had some trouble getting the speaker out of the device, when I realized that I had missed a screw hidden under some tape! Not sure if the phone had been refurbished, but I managed to count the screws I had taken from the assembly vs the ones in the guide and deduce the location of the hidden screw. Roomie said the speaker worked even better after the fix, so maybe the gentle massage was all it needed.