Hello, my name is Evan Grilley and I am currently attending Embry-Riddle Aeronautical University and studying Aerospace Engineering. I’ve wanted to design aircraft and spacecraft as far back as I can remember.

I have skills in:

Projects that I have worked on that I’m proud of: 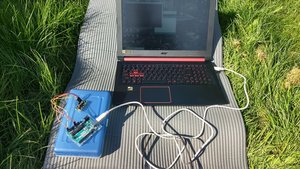 An image of my Arduino CO2 Sensor Project

I do have a little electronics repair experience from replacing broken components on my desktop computer. Additionally, I have opened my laptop up in order to upgrade components on multiple occasions.

Right now I’m active in two clubs on campus, which are EagleSat, which is a CubeSat team so I’ve been helping plan a future mission for a small satellite released from the ISS, as well as the Archery club. In the past, I was the President of the ISSDC club at my high school, and qualified for the international finals competition all 3 of the years I participated, and won twice. 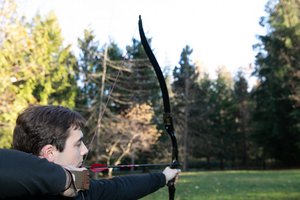 I have numerous hobbies that I like to do outside of school. I love to hike and backpack when I get the chance, as well as play strategy games (both digital and board games), or read about anything history related. I have also been doing archery for 5 or 6 years now and play the clarinet. I have dabbled in foraging berries and other edible plant life and have made my own maple syrup.

Here is an image of me practicing archery with my recurve bow.

I am doing this iFixit project as part of a Technical Report Writing class which should greatly aid me in my future career as an engineer. In addition, writing guides about laptop part replacements is particularly interesting to me because it is something I already have a little experience in.