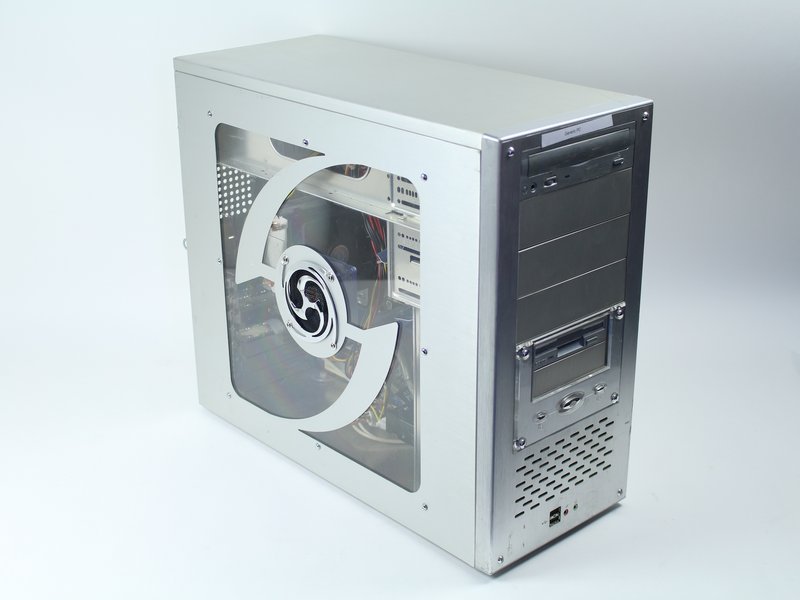 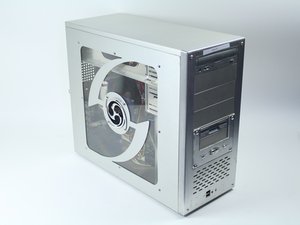 This troubleshooting page will go over common problems with desktop PCs.

An awesome team of students from our education program made this wiki.

PC Not Turning On

The PC won’t turn on.

Power Switch is not “on”

Outlet, powerstrip, or other power source may be non-functional

If the power supply is dead, purchase a new one and follow this replacement guide: link.

The computer overheats. Symptoms may include random restarts and random shutdowns.

Blocked vents will not allow the computer to ventilate; cool air won't be taken in and hot air won't be expelled. Make sure the fan vents aren't blocked by anything. Leave at least 6” of space around the vents for ventilation.

Dusty fans or a dusty case will also block ventilation. Open up the case and check for dust. Fans are commonly located in the front and back of the case. More common locations include: in the power supply unit, on the CPU heatsink, and on any dedicated, high performance components, such as a dedicated video card.

Remove the dust with either compressed air or by manually removing them and cleaning them. If you are using compressed air, hold the blades still in order to prevent damage to the fan bearings.

A broken fan can cause a computer to overheat. If a fan is not spinning while the computer is turned on, follow this guide to replace it.

Dusty heat sinks will not allow cool air to flow through them. The components with heat sinks installed produce the most heat, so this may cause the most problems with regards to an overheating computer.

The computer restarts before this screen.

Improperly seated or connected components may be getting loose during operation, which would therefore cause the computer to freeze. To fix this, turn off the computer and open up the case. Make sure all wires are plugged in securely. Make sure all peripherals on the motherboard, such as the video card and the RAM, are seated properly and aren't touching anything that are floating around in the case, such as wires.

If it still fails to boot into the loading screen, the RAM module may be faulty. This would cause random reboots since RAM stores the temporary data your computer uses to run.

Test the RAM module using memtest (Tutorial). If memtest fails, replace the RAM module(s) with the help of our RAM replacement guide.

The computer restarts (or freezes) during this screen.

A failing hard drive may be the cause of corrupted data. This will often corrupt the boot sector and therefore your ability to log onto Windows.

If the S.M.A.R.T. status is positive, then the issue likely isn't the hard drive. Therefore, attempt to boot into "Safe Mode."

Corrupted drivers and programs may be conflicting with your computer hardware or other software, which may cause a restart when the driver loads.

If booting into "Safe Mode" succeeds, attempt to manually uninstall the most recently installed programs and drivers. One method to uninstall is to use the Device Manager.

A corrupted boot sector will cause a restart since the computer wouldn't know how to boot properly. Attempt to use the Windows 7 Startup Repair

If the Windows 7 Startup Repair fails, attempt to System Restore to an earlier known working date.

Computer is Slow or Restarts or Stutters Randomly

The computer is slower than usual or the computer restarts or stutters randomly.

An overheating computer will cause sluggish performance because the components will throttle themselves in order to prevent damage from excessive heat.

To check temperatures, use the SpeedFan application (tutorial). Common maximum unsafe temperatures and throttle temperatures (for performance oriented components and for PCs built or bought within the last 4-5 years) include:

If you believe your computer is overheating, follow these troubleshooting procedures in order to bring down the temperatures.

Adware, spyware, malware, trojans, worms, and viruses slow down computers by hogging computer resources in order to perform their own malicious activities. Perform a system scan with a well-reputed malware scanner, such as Malwarebytes Anti-Malware.

Corrupted or incompatible drivers will cause software and hardware conflicts. This would cause the computer to slow down, restart, or stutter. Uninstall the most recently installed drivers if the issues began recently. One method is to use the Device Manager.

Quiet, Uneven, or No Audio Output

There is no audio coming out of the speakers or the headphones.

If there is a bad connection, the electrical signals won't be able to properly pass through the wires. Make sure the male jack is securely plugged into the female jack. If that doesn't work, use a paperclip or a needle to clean out the headphone jack. Do not use excessive force since excessive force may scratch the jack.

If there are sharp kinks or stripped insulation in the wire, the metal wires that carry the audio signal may have been partially or fully severed. Try connecting the headphones or the speakers to any known working source and attempt to play music through that source. If the differences are the same throughout the sources you use, the issue may be in the headphones or the speakers themselves.

Faulty or No Drivers

Drivers allow your computer to communicate with the audio device. Upgrade (or downgrade) your current audio driver. Information about your integrated DAC (digital-to-analog converter) / AMP chip can be found on your respective manufacturer's website.

Product May Be Built That Way

If there were no determinable defects (such as channel imbalance, static, or simply no sound) when using multiple sources, the headphones or the speakers may be built that way. Middle to high-end headphones and speakers are generally less sensitive (i.e. they require more power to be as loud as other speakers). You may need to buy an after-market amplifier in order to supply more power to the headphones or the speakers.

No or Distorted Video Output

The image being displayed on the monitor is either nonexistent or distorted.

Video Card May Not be Properly Installed Inside the Case

A video card that isn't properly installed will cause it to systematically lose connection or have no connection at all. If you know your computer contains a dedicated video card, open the case and make sure the video card is sitting properly in its respective PCI-Express slot.

If the card requires extra power, make sure the respective power connectors are plugged in.

Faulty or No Drivers

Drivers allow your computer to communicate with the video card. If they aren't installed, the performance may be bad or the display may be non-existent.

Make sure the video card drivers are installed. To determine the video card, press WINDOWS + R (the key). Type in "dxdiag" without the quotes, and hit enter. Click on the tab "Display 1" and find the name. Once you determine the make and model of your Graphical Processing Unit (GPU) or video card, head to their respective site and download and install the drivers.

If the above troubleshooting procedures fail, the issue may be a dead video card. Replace the video card by following the Video Card replacement guide.