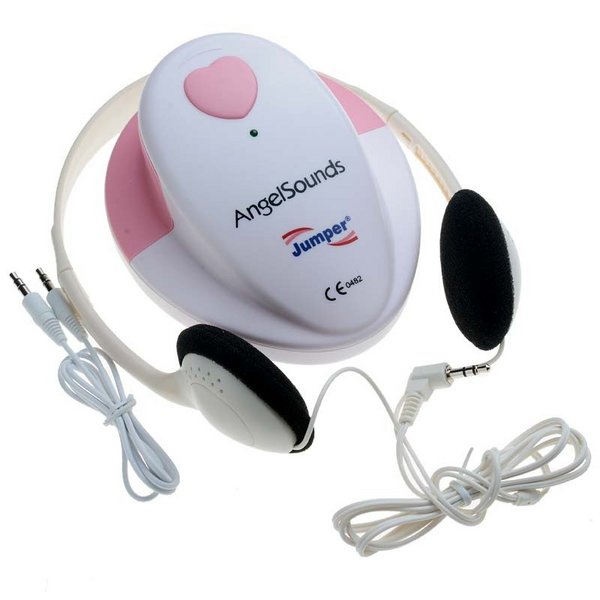 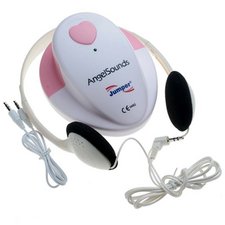 Released April 2005, identified by model number JPD-100S. An ultrasound effect device that uses the principle of measuring the blood flow through your baby's heart to hear the heartbeat, as early as 12 weeks.

Device Not Turning On

"The indicator light is not turning green, when the battery is properly connected and the device is turned on."

Overheating or misuse of the device might cause the indicator light to break. This may need to be replaced.

Unable to Hear the Fetal Heartbeat

"The device turns on and appears to work, but when headphones are plugged in, the audio does not play clearly, or there is no audio."

Volume May Be Turned Down

If you don't hear any audio when the headphones are plugged in, you might need to increase the volume by turning the volume wheel to the right. Listen for the heartbeat in a quiet area/room.

If there is no audio, even after changing the headphones, one of the most likely causes of audio output problems could be a bad audio-out jack. Therefore, it is recommended to replace the audio jacks, in order to eliminate them as the origin of the problem.

Presence Of Gel In The Battery Compartment

Gel collecting in the battery compartment after use

May Be Using Too Much Gel

If there is some appearance of gel in the battery compartment, you might need to use less gel when using the device. When applying gel to skin or device, start with a small amount. Slowly increase the amount of gel applied until you are able to hear the fetal heart beat.

Did Not Clean Device After Use

Wipe off the device with alcohol wipes or a mild disinfectant. Disinfecting the device will help make sure that gel residue doesn't stay stuck to the device.

Sounds Recorded Onto An External Device Are Unclear

"The sound of the fetal heartbeat is not as clear on the external recording device as it is when the headphones are plugged into the device."

Did Not Insert The Audio Cable Into The Device Correctly

Improper connection to the external recording device might be the cause of poor audio quality. While applying some force, insert the audio cable into the 'audio in' jack on the external device until it is secured. Visually inspect the connection.

Audio Cable May Need To Be Replaced

Crackling sounds during the recording could potentially indicate that the audio cable is faulty. Try connecting a different cable to the device.

Headphone Jacks May Need To Be Replaced

Poor audio quality for both the headphones and the recordings could be an indication that the headphone jack(s) are faulty and need to be replaced.

Device indicator light keeps going orange/red. Is there a way to troubleshoot it?