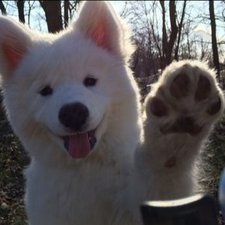 Met some water, Savable or Garbage?

Hello, my girlfriend introduced her Macbook Pro to water while it was on. The Macbook was so excited that it fainted and has yet to come back to us.

This happened a few months ago and I found it in the closet and decided to start a project. If iFixIt deems it worth the effort, my plan was to find a Macbook on a computer salvage site and replace parts if located. Would rather spend a few hundred vs. a new Mac.

So this is the story, she had the Mac powered on, spilled an unknown amount of water (Let's say it was quite a bit) The Mac powered itself off (Died)

Already off the top of my head and my knowledge with computers the battery is done. The motherboard probably arced and that's gone along with whatever it arced to.

She placed the Mac in a large quantity of rice and left it there for about 1-2 days. (Should have been 1-2 weeks) she plugged it in and tried powering it on, nothing happened.

She gave up bought herself a computer that I swear is cursed. I opened up the Mac and noticed some corrosion in between the two fans. I did not locate any burn marks, but I just bought the iFixIt 54 bit kit and haven't received it yet so I don't know what it looks like between the Mobo and the keyboard where the water was in contact with.

If you plug it in now, nothing happens. No sound, boot, etc will occur.

Until I get my iFixIt kit, I don't know the extent of the damage between the Mobo/Keyboard but I am aware that a new Mobo/Battery is going to be required.

That depends what you will find. Remove the parts and clean them with isopropyl alcohol and /or ultrasonic bath. Then re-evaluate and post images of the damage with your question.