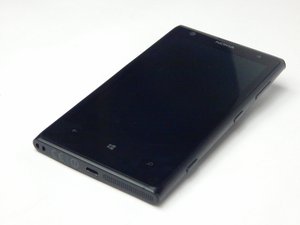 I bought a used second hand nokia lumia 1020 for 200$, it was in a very good condition and everything was working fine, I loved my new smartphone, but after 2 months I dropped it and the screen was cracked, but everything else was still working fine, and since there is no more local support for nokia in my region (since microsoft bought nokia, all nokia care centers closed, all lumia devices are missing from the market) I changed the screen in a smartphone shop for 150$, the new screen worked fine for less than a month, then suddenly the display colors got too wrong, line appeared on the screen, the screen started to lock on its own, even the phone overheated too much, I tried hard reset, it worked only for 24 hours and the got corrupted again, and then the hard reset fix it anymore. I took it for an ex-nokia care technician stuff, he tested the phone and told me that there are parts on the motherboard that are dead and the cannot be replaced alone, the screen needs replacement, and the flat back cover as well, and fixing it is too expensive and it is not worth it, he told me that he would buy it for 20$.

I was too frustrated, then I thought that maybe he was lying to me in order to buy it for a very low price, I tried to consult many other smartphone shops, they all told me that the phone is a gd condition, and only the display needs replacement, some of them told me that maybe the screen replacement was of a bad quality and that may be the cause of the problem, Finally I changed the screen in another shop for 140$, and it there was a warranty for 4 days, the screen worked very well, but before the end of the 4 days warranty the same problem happened again, he told me that he will replace it again for free, but then he told me that there is no more screen replacement in his disposal.

I am too frustrated, I loved the 1020, but now it is nearly dead, any help? does anyone knows what can be the cause of the problem or what can I do for it?

I will appreciate your help