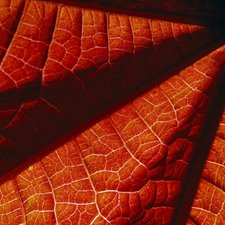 How do I unlock?

First of all I live in Canada, so I don't know if that makes a difference or not.

My carrier is Bell.

The phone will work with Rogers. My SIM will work on 3G's.

What is it that's not working here? Is it my Sim is too new for the 2G (which shouldn't be the case since the other Roger's sims work) or does Bell not support the 2G? I've spent hours and hours trying every possible combination. Tried to use Fuzzyband 4.1 to downgrade the baseband, but couldn't find an early enough version that would work.

Please.. if you have any suggestions, let me know, because I'm out of ideas and think I may either have to switch carriers, or be stuck with a glorified iPod Touch.

I have discovered that my problem was not with not being able to unlock it, but that the Bell network only supports 3G GSM networks or higher. They didn't create one for the 2G, therefore my iphone 2G will never be able to work with my carrier. Only solution is to beef it up as much as I can, sell it to someone who goes with a carrier that support 2G, and get myself a 3G (or maybe an iphone 4 will fall into my lap).

Anyhow, thank you for all your help and suggestions.

And if anyone knows how to trick a 2G phone into working on a 3G network, I'm all ears. :)

How u get a passcode off ur iPhone

I was able to jailbreak and unlock a couple SIM-less iPhone 2Gs with the assistance of this link. I know you stated you've tried Redsn0w, but perhaps the specific procedure and files mentioned in the link are different than what you've attempted?

Was pretty sure I had tried redsn0w 9.3 and 9.4 already, but I used your link and tried again. Still says I have an invalid SIM, and under Network and Carrier it says "not available". But I know my SIM is valid and activated with Bell, just doesn't want to work on this phone. Any other suggestions?

Hmmmm...like I mentioned I jailbroke/unlocked it without SIMs in the iPhones...maybe try the process without the SIM and then put it back in? I don't know if that would make a difference but it's an idea.

Tried both ways. With and without SIM. With Bell SIM, and with Roger's SIM.

See if you tried it this way. http://www.technonix.com/2009/11/unlock-... and here is the forum for people that have a hard time with their carrier etc. may be this is something that pertains to your situation http://modmyi.com/forums/t-mobile/325421...

I had just read that it said " For iPhone 2G

It works for iPhone 2G too. Follow steps 1-3 above. At step 4, there won’t be any “sn0w” option. Just tap Cydia and/or Rock at this step. Rest of steps remains same." that is why I suggested the link. Sorry.

Have you checked on here? http://www.unlockforum.com/forumdisplay....