So iv got an ipad 4 thats had water damage and its stuck in headphone mode. Its not the flex as if I unplug the flex and restart the ipad it still thinks the heaphones are plugged in even though there isnt even a headphone flex plugged in.

I do microsoldering repairs and have always wondered how the headphone detect actually works, as iv seen this issue on an ipod before too.

Is there a line that connects to here to push it high or is it pulled to ground when the headphones are plugged in ?.

Im just wondering as they dont care about the heaphone socket, as they just use the speaker on it, so wasnt sure if I pulled that line down or if I can solder it to another line to pull it high to turn off the heaphones.

The only other option is changing the audio ic and that is caked in underfill and has the touch ic on the other side of the board so is a bit of a risky one.

Id just really like to know how the circuit itself works really.

Another odd thing is, that when playing system sounds it plays through the speakers just fine, and if I click on the volume buttons when not on youtube it says 'volume', yet when I go into youtube on safari it says 'headphones'., also if I record with the camera it says headphones too.

Fixed !.....so I was dubious about replacing the ic as I know when removing the nand on the iPad 4 you really are playing with fire, as the touch ics are on the back of the board, and get it slightly too hot and you end up reballing all three touch ic's which are a total nightmare because of all the underfill.

So I decided to proceed with caution and grind the audio ic off the board instead, slowly working my way down to the pads. 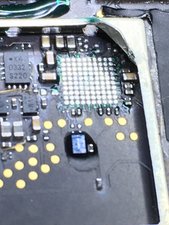 I then heatsinked the !&&* out of the three touch ic's on the back of the board with a offcut of alluminium, taped to the board with kapton tape and some flux on the ic's to aid thermal transfer between the ic's and the heatsink.

I then fluxed the pads and placed the new chip. 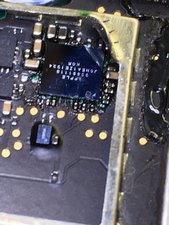 I then checked for solder balls under the microscope on the touch ic's and breathed a sigh of relief !.

I then tested it and I'm pleased to say it's no longer in headphone mode and audio works fully as expected, so looks like an internal problem to the ic itself as when reading the headphone detect line in diode mode before it read OL, so looks like something inside was broken, either that or possibly broken solder balls, but because it was an underfilled chip no chance was it getting re flowed. 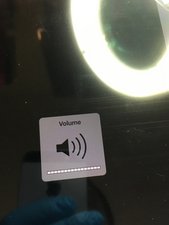 I have dealt with this before you could go to the settings and look at the sound settings for the IPAD and flip the headphone option to whatever you need it to be.

Hi there is no headphone option in the sounds menu

There is no “headphone option” in settings, but this is what finally worked for me on my 10.5” iPad Pro: 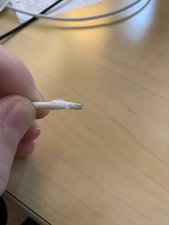 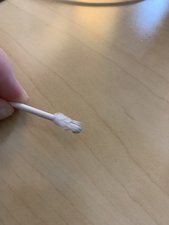 As soon as I finished step 2, the iPad left headphone mode and the speakers started working on Music and YouTube videos again!