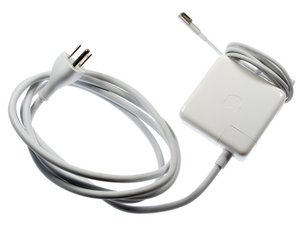 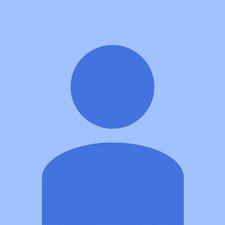 I replaced my MacBook Air adapter's wire following this guide, only I installed a replacement wire instead of keeping the old one.

I had already done it once and hadn't had a problem.

Since I did, adapter won't charge for more than about 24 seconds. After that time, it goes completely down, LED is off, computer doesn't see it at all. Consistently.

I have to unplug it from the wall and plug it back in to make it charge again. It consistently works. I don't need to wait, unplugging it and plugging it back in instantly is enough.

Conversely, unplugging it from the Mac and replugging it doesn't change anything.

I can't detect any heat during these 24 seconds. No sound either.

I have tried both the "duck head" as well as the extension chord. I also tried on several power outlets, including through an inverter with its own battery.

One potential noteworthy thing is that I am using this 45 W MacBook Air charger on a 60 W MacBook Pro. I had no problem before though.

'I installed a replacement wire instead of keeping the old one.'

Do you know, what kind of replacement? What specific type of MagSafe tip/plug? If your plug identifies as 60W or 85W, then it is no wonder that your 45W supply is overloaded. You can use 'System Information.app' (or 'System Profiler.app') to find your plug's identity. Open 'System Information.app', view 'Power' (subpage of 'Hardware'), look under heading 'AC Charger Information:'. What 'Wattage (W)' is reported?

Thanks for your answer !! It seems to go indeed in the direction that things point to. My replacement wire is an L-shaped tip. I couldn't find the wattage in System Information, however based on information on Apple's website, my Macbook requires a 60 W power supply. And based on the information about the replacement wire, it seems to be compatible with both 45 W, 60W and 85 W adapters.

I guess the overload protection assumption makes a lot of sense. The only thing I don't understand yet, is why I didn't observe this behavior previously, with the same adapter and its original wire.

You need to check what the MacBook identifies the charger as as each magsafe plug has a chip embedded in them to tell the laptop what wattage charger it is.

As said in the answer, in system information application under power area.

Shape is not important. (It could be curved "figure J" or oblique "figure 7".) Sellers spew lots of nonsense. (I've fallen for plenty of marketing lies.) Yes, any MagSafe stuff is "compatible with" other MagSafe stuff, for varying definitions of "compatible". In your case, it is "compatible enough" to charge, but is inclined to overload when computer runs while charging.

This person's situation is converse: ey replaced a 85W plug with a 60W, so eir 85W power supply will be underutilised. "Compatible" does not "get the most out of it". Change 85W magsafe broken cable with new one, but detected as 60W