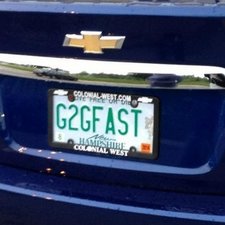 The GPU is toast, it's running slow (already installed 8GB of RAM) and runs hot.

Since the GPU is toast, turning it on would require 9 restarts before the LCD would come to life, and despite having lots of free space and just a few startup apps, it's slow as mud.

My dad wanted to ditch the old iMac and buy a new one (hopefully not the Pro), however I wanted to give a shot at making it run as new. Here are a few things I wanted to upgrade on the Mac:

I wonder if it's possible to do any of the upgrades? I have seen a few CPU upgrades but most were done on a 3.33 GHz Core 2 Duo version, and the Radeon swap was done on the Core i-series.

You have a Core 2 Duo model so your options are more limited. You can upgrade to the 3.33 GHz Core 2 Duo CPU but thats not much of an improvement. I would pass on doing that.

As to replacing the GPU card: Yes that would resolve the GPU failure. I would go with the Radeon HD 4850 with 512 MB.

As for the SSD yes that can give your system a lot of zip but you would then either need to buy a fairly large drive to get the deeper storage, or you'll sendup giving up your optical drive for the second drive. Instead I would go with a hybrid SSHD drive. Because of your systems limited SATA ports I/O speed SATA II (3.0 Gb/s) I would recommend going with the Seagate FireCuda. It offers a SSD cache to improve its speed and yet it offers the deeper storage of a traditional HDD.

I would go with at least 8 GB of total RAM. Your system can support unto 16 GB of RAM. I would also recommend going with MacOS Sierra (10.12.x).

I understand that the Core 2 Duo 3.33 GHz would be a straight but otherwise pointless upgrade, but I wonder if it's possible to pop a Core 2 Quad CPU into the socket since few of those chips seem to run well.

I also forgot, one of the ridiculous upgrade I wanted to do is to CNC mill the fan exhaust behind the Mac, since the slot is insanely thin.

Sounds like you want something more than what this system was designed to do.

Lets put our selves in the wayback machine to 2007/8 when this system was being designed. What applications were around then and what was in the pipeline for release in 2009/11 thats what this system was designed to run.

Today we still have these lighter weight apps but we also have some very heavy graphical stuff which even pushes the newest iMac Pro!

Heavy gamers and video work are the heaviest users and they work on custom systems which is even more powerful than what Apple makes today.

Just make sure you'er not expecting more than what this system can offer.

As to routing out the case for better ventilation I think you are going a bit far here. The real issue is better maintenance of your system. The dust build up needs to be cleaned out yearly and the thermal paste on the CPU & GPU parts need to be refreshed every four/five years.

It turns out the thermal paste has also gone through a revolution just like CPU's! The newest generation is so much better than what we had when this system came out. Running an app like: TG Pro is important to monitor things.