Repair guides and support for motherboards and CPUs.

Replacement of FFC connector mount for a Lenovo Yoga 2 13" mainboard? 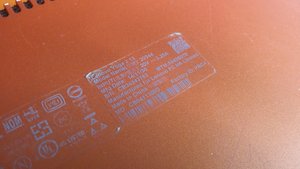 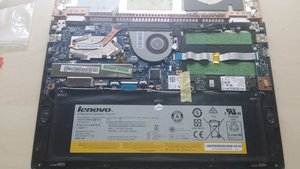 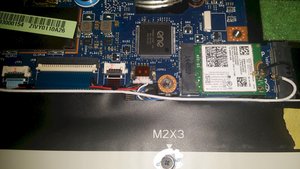 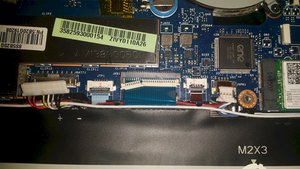 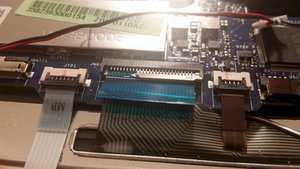 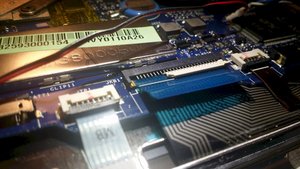 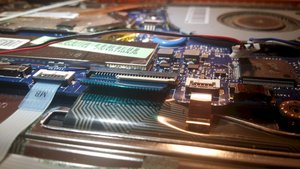 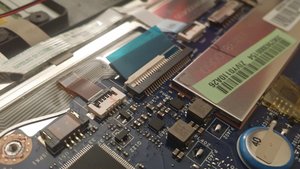 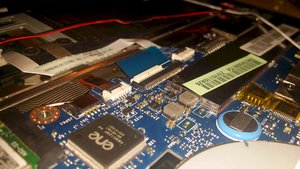 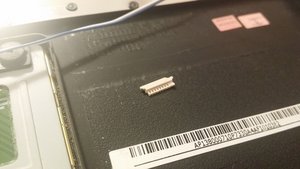 Is it possible to replace a mount / bracket / holder for the Flexible Flat Cable connector of the keyboard port of an Lenovo Yoga 2 13" laptop mainboard - because it was broken? Since then 6 keys of the keyboard are not working.

Anyway, I managed to glue the piece together again and it looks as it does it’s job by applying pressure between the port and the FFC contacts, but still 6 keys are not working. The initial reason for opening the laptop and touching the plastic mount / holder and breaking it because of wrong handling, was, that there went some black tea (without sugar) over and in the keyboard and I wanted to clean it. But all the keyboard backlights are working after a drying break of 3 weeks and all the other keys as well. Do you think the reason could be the fluid damage, still? The non working keys are NOT the keys where the fluid was gone. The non working keys are G, H, Ä, <, ArrowUp (german layout) which are quite DISTRIBUTED across the keyboard. Is there a way to check if those keys are dependend on the same contact of the FFC, that may not have be enough pressure from the broken (but glued) plastic mount / holder / bracket?

Thanks in advance for ANY feedback!

Have done this before because I was more rough than I needed to be. The contact is from the bottom and if the flat cable is clean (wipe with a bit of moist but almost dry tissue if it had sugar on it and wad a bit of foam over the white holder then temp put back together and test. I would say the keyboard is faulty. I have even soaked the keyboard in warm water, then dried to get the sugar and contaminates off and was lucky. But most often it is a no good keyboard. Look on e-bay for one and replace it. The voltage is low and current is minute the port will work, have faith, Still use a small amount of foam to add a bit of pressure to it.