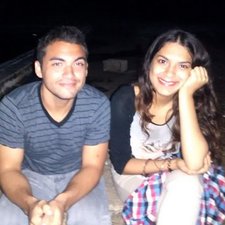 Can you upgrade the CPU (theoretically)? Also, is more convenient to buy an eGPU and get the built in Radeon Pro 560X instead of Vega 20?

It’s still early to know all of the internal details as iFixit hasn’t released a Teardown on these systems yet. Us independents won’t know for at least a year from now when we start getting them in for repairs & upgrades.

If Apple follows the same direction as the previous version the i3 will likely have a soldered CPU where as the i5 & i7 models will have a socketed CPU. Even still you are already buying the top model so at this point I don’t see any point on worrying about upgrades as the systems firmware will likely prohibit anything other than the supplied CPU’s this series support (iMac19,2). While not easy your systems RAM can be upgraded upto 32 GB. Your storage is locked in as both the SATA & PCIe ports are in use with a Fusion Drive set (HDD & SSD). The blade SSD in a Fusion config is only 32 GB which is quite small if you decide to use it at a boot drive. You’ll want to increase it to 512 GB or more so it can support the OS, your Apps and have the rest of the drive free for caching, paging and scratch space.

No, it has a custom SSD Blade connector. Here's more on the SSD's The Ultimate Guide to Apple’s Proprietary SSDs

Seeing as this iMac is no longer new and I’m reopening this question. I don’t have much upgrade experience (dates to far back to count), so I would like to know what I can to to improve this Mac’s performance as I find it slower than my mid-2014 MacBook Air at times with multiple apps and Safari open.

I would start by increasing the RAM to at least 16GB and if you have a Fusion drive model, break the fusion drive set and replace the PCIe blade SSD with a much larger blade SSD. Reconfiguring it as the boot drive hosting all of your apps and leaving a good portion unused! Leave your HDD alone with your docs and media files.

I‘m sitting in front of my opened up, disassembled iMac, basically just upgrading the stock 256gb blade-ssd to a bigger nvme(+adapter) and giving it 64 GB Ram.

But I wondered, whether it would be possible to upgrade the CPU as well.

You say you bought a i9 „k“, which to my knowledge has a larger TDP as the non-k. Is your statement correct? Was your base configuration a i3, i5 or i7? Can you confirm your mac is a 21 inch model?

John, are you willing to get do this work for someone else??? I'm no confident in trying this myself (I'm a beginner that is wayyyy in over my head) but I'm not against paying someone and you have done all the modifications I want done