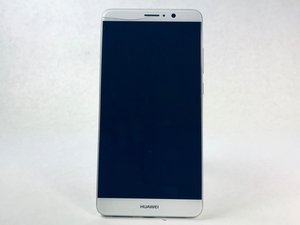 Repair guides and support for the Huawei Mate 9, an Android smartphone first released in November 2016.

Huawei Mate 9: turns on then turns off after some seconds

Hello, I just replaced the screen of a Mate 9 (bought with frame to be easier) and the battery (I punctured the old one while disassembling, rookie mistake lol).

I managed to disassemble it but I broke the vibrating motor (ordered already). I still assembled the phone with it even if it's broken, I thought, well ok the vibration will simply not work.

I also lost 2 screws but the phone is firmly assembled, I'm sure of it.

Now when I turn on the phone after the bootloader screen it turns off (after it says: "your device is booting now")

This is a GIF of what happens: https://imgur.com/a/88GdBOs (this is right after I pressed the button to turn it on)

What do you think it's the problem? I hope it's for the vibrating motor alone, so I will just replace it.

But do you guys think it's for something else? Did you encounter a similar problem? The phone should vibrate as soon as I turn it on if I remember right, but it doesn't so it means the vibrating motor is broken for sure, but still it turns on.

P.S. Yes I charged it for some hours, but while in charge the battery logo doesn't appear and there is a yellow led (now green): https://i.imgur.com/XBbl52v.jpg