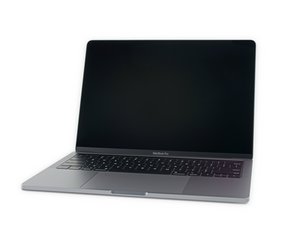 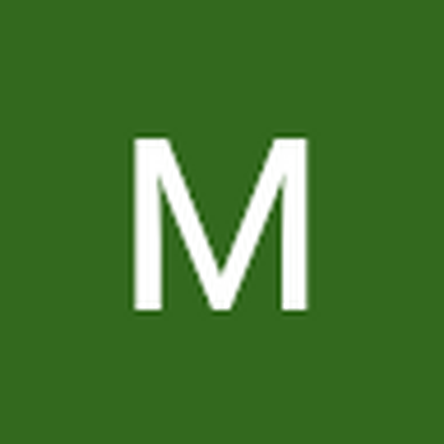 today my screen randomly started having a flickering issue.

Probably unnecessary but: It happened after i re-installed OneDrive, because i had issues logging in.

There is no physical damage on my MacBook.

The flickering (at bottom of the screen) somehow duplicates the colors of the middle of the screen (watch the photo).

My GF assumes that a cable could be broken. Do you guys have any ideas? 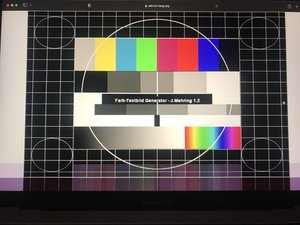 Do you remember analog TV with the rabbit ear antennas? And if you had gotten an over the air digital TV how the signal was very different as you moved the antennas.

The same issue holds true here! The older LVDS signaling connection from the logic board to the LCD panel in the lid was prone to have artifacts when the cable was having problems (like the older analog TV) the newer Retina systems use a very different signal method called eDP (sometimes called (iDP) Basically its a deeper digital signal more like how your digital TV works. It either works or it doesn’t nothing in-between and no artifacts!

So your issue is not the cable! Sadly Apple did the unthinkable! They took the T-CON logic which was held within the display lid with the LCD panel and moved it into the main case area as you can see here

This places the T-CON which is temperature sensitive near the heat sink and fan fin area. So what I often see is the cooling system has degraded either from the vents being blocked or the fan blades and/or fins are loaded up with dust and debris. So I would start there getting a small soft paint brush and a can of can’ed air to clean out your system. Use the brush to loosen the junk and using short blasts with the can’ed air blow it out and away.

If that fails to correct things then sadly the T-CON has overheated and won’t work properly when it gets warm. You could try forcing the fan to run harder to lower the temp (I personally use TG Pro) do do that on all my systems.

Of course you could replace the display assembly to fix it as well if it really bothers you.

I went to an official repair shop a few days ago. Still waiting for the repair to finish.

The technician told me that the issue (just like my GF rightly assumed) seems to originate from a broken flex cable.

I will comment an update as soon as i get my laptop back.

@Mikail - So they are going to replace the display assembly?

I have not seen the flex cables between the T-Con to the LCD have this issue. It's always been the T-CON board its self which is part of the display assembly. The eDP cable connects the logic board to the T-CON board and rarely fails and as I explained its like how digital TV signaling works it works or not nothing in between.