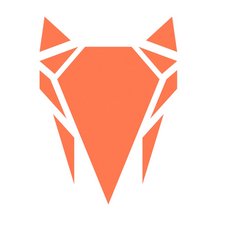 Can you install Chrome OS Flex while the GPU is dead

I have a 2011 17" with a broken GPU just gathering dust, it boot loops since the GPU is dead(or something similar, not sure about that).

IMO the quality of the chassis is still above most windows Laptops and is definitely worth saving, so I decided to try to install Chrome OS Flex, I tough it could do with just the iGPU and if it never turns on the dGPU it would work fine.

Anyway I put a Chrome OS Flex installer on a USB-Stick and booted from it, though the moment I clicked on "boot from disk" the screen froze, so I just gave it some time.
After some time it started talking to me(some sort of setup assistant must have activated), the Screen was still frozen but after navigating using the assistant I managed to get the Mac to run Chrome OS Flex from the USB-Stick.
I now had a working OS just without the Display so I decided to restart the Mac and see what it would do.
Sadly it just booted normal into MacOS, where it detects that the GPU is dead and boot loops all the time.
So I tried the same thing again(and again...), only for the screen to freeze at the same time, but this time the speakers didn't work(red headphone jack), although headphones worked flawless.

Does anyone know of a way/how to make my way work to give this great chassis a second life?

The only way to make this MBP work again is to deactivate the AMD graphic chip and run only with the Intel graphics. Then you'll get the same performance than the 13" MBP 2011. I bought the Tiresias module from CMIzapper (www.CMIzapper.com) and installed it on my MBP 17" 2011 with success. This small module is soldered onto the MBP rom chip and bypass the AMD chip. Check the procedure on their web site: http://www.cmizapper.com/products/tiresi...

I knew about this option but I don't want to spend the time and energy just to get a slow computer.

Your solution would solve part of my Problem(MBP doesn't boot) but that isn't the only Problem it has(10+ year old device is slow).

I hope someone has an easy fix for both, but still thank you

@simontt - I had two of these beauties! Early 2011, I had to shed a few tears when my discreet GPU's died. Replacing the logic boards still again (each had them replaced quite a few times) Even running TG Pro they just couldn't support what I was doing as I was pushing them beyond what they could do (AMD in this case was the guilty one in the design of the chip)

What you want is something this system just can't offer! Lemerise answer will allow you to overcome the discreet GPU failure so you are using the Intel graphics engine. If you are not pushing the graphic beyond what the Intel HD 3000 services offer you'll be fine! I was doing very intensive photo viewing and editing which required the better GPU services.

To be clear you aren't loosing CPU performance as the graphics is handled in a different part of the chip. If that was your concern. Granted the graphics is not as good, but that's all you can get with a crippled system.