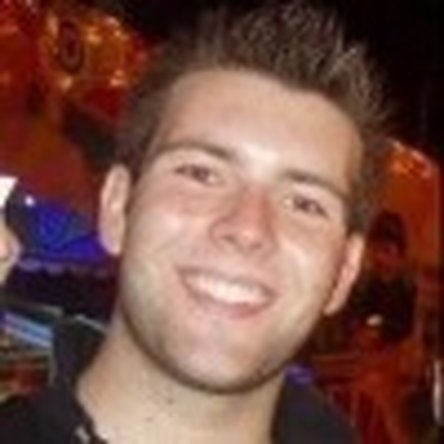 Hey, really hoping one of you could help me with my problem..

I have a 15" Mid 2009 MacBook Pro. The laptop suffered from a spillage and the result was the left shift key was always on. So I ordered a new keyboard/backlight and fitted it to the top case. Last night after putting it all back together it booted on and I swear the left shift key worked as did everything else.

This morning when I turned it on I noticed that the left shift, left control and left option keys are all unresponsive (checked with the onscreen keyboard).

I have tried the following:

- resetting the SMC - as I cannot do this with the keys, I removed the battery and held down the power button for 5 seconds. The clock reset so I assume this worked?

Does anyone have any ideas or solutions?

Does anyone know if one of the connectors on the ribbon cable signify these three buttons? (i.e. are the buttons grouped together on one pin which I could attempt to clean etc)

Any help, info or suggestions would be VERY much appreciated!!

I've had the exact same problem while fixing a friend's spill damaged Macbook Pro 13 inch. After the spillage, left shift key seemed to be always on. I replaced the keyboard with a new one and tested it last night, everything worked fine. Today, the left side shift, option, and command key do not work. Looking at Keyboard Character Viewer showed nothing when depressing those keys. I haven't tried trashing the com.apple.keyboardtype.plist file yet, though.

Richard, have you had your issue resolved? I, too, was thinking this is a hardware issue, like you said, maybe a contact on the keyboard ribbon cable/socket is faulty, the one that controls those keys (if they are, in fact, grouped together.)

So strange. Left speaker and subwoofer were not plugged in. Fixed that and now shift control option all work. How is this even possibles?

Turns out speaker was not it. Issue came back the next day. Ideas? Tried a new keyboard again. No luck

Hello, I have the same problem. Had you solve it?

i have the problem with my macbook

Delete Library->Preferences:com.apple.keyboardtype.plist file. Restart or log out. Often strange behavior can be attributed to damaged or corrupt files.

If this Answer is helpful please remember to return and mark it Accepted.

That file doesnt exist on my macbook. I installed a fresh copy of Lion today from scratch so that could be why.

Thanks for the help. Any other ideas?

you were right but still doesn't work. Think this is a hardware fault. Any ideas?

Read about someone using "Keyboard Character Viewer" and that it "reset/solved" a somewhat similar problem... don't recall where that was. Give it a shot. Use it, open it. press the keys and see what it shows. - Seems strange that the new keyboard doesn't work, you're positive it wasn't damaged? TRY A USB keyboard if it does the same thing maybe the keyboard controller chip is damaged?

I have the same problem you need to hold the key option during the chime, then you need to download this software, https://pqrs.org/osx/karabiner/

karabiner is the name

for some people the option key doesn't work try the space bar instead.

cause this happen for a problem in the logic board, how I know this ? cause is the second keyboard replacement. and the shift don't work either.

I have a mid 2012 macbook pro unibody 15" and the left shift/option/control keys do not work. Upon inspection of the keyboard ribbon socket on the logic board, the 3 first pins appear damaged. These 3 pins control those keys, according to the schematic I found online. Based on these observation, I conclude that in my case, it is hardware problem. 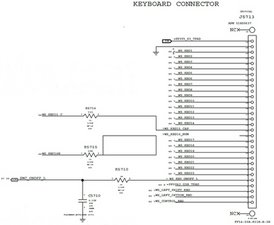 Hi Richard, i have the same problem, Could you solve this problem and you did? thanks

I have the problem on a a 2011 Macbook pro. deleted the file, restarted. It then said the keyboard could not be identified and told me to press a key to the right of the left shift key. I did. It then told me that i was pressing the key on my macbook pro... which of course i was, but it seemed to be expecting some other / external keyboard and wouldn't go further with me pressing the key on my main keyboard. Any suggestions?

I have the same problem on a 2011 macbook pro after removing andplacing the internal keyboard back. Does anyone has any other suggestion? It is 5 years after the initial post

Samuel if you spilled liquid on you keyboard and it stopped working, your best bet is to replace the keyboard. Just the keyboard, not the whole assembly. It is a bit lengthy but perfectly doable as a DIY repair. Just need to be careful not to pry anything off when removing the board from the housing then during reassembly. Don't use metal tools near the logic board except the screw driver to remove screws. Disconnect the battery first before you touch anything else inside.

My keyboard is working unless the left shift,ctrl and option key. As more people encounter the same problem it seems not an issue with the keyboard itself.

I too have these 3 keys not working, even after replacing with a brand new keyboard. An external USB keyboard will work, but any internal keyboard (connected via the flat ribbon cable to the logic board) will not.

do you have any concept, how to resolve this?

I got same issue and it's really drivin me insane. Thanks for info!

It's very strange that many people are relating exactly the same problem with the same three keys on the last two months on a post of 2012. I have a early 2011 macbook pro and the same problem started yesterday. Left shift, control and option doesn't working. :(

I already tried deleting com.apple.keyboardtype.plist without success. If anyone find out how to manage this issue, please report us!

Apple intentionally don't want you to have a 5-6 years old laptops. Components are rigged so they fail. also High Sierra is killing our CPU usage, it's slowing down older machines to the point of uselessness. Filthy tricks of a corporate greed.

Another solution. Worked for me (mostly). Hope it'll last... I'm telling the whole story because frankly I don't know what's the problem really, just made it working. I think that someone can take it from here an maybe help more people with this problem.

TLDR: I've teared mac to pieces, cleaned it, put it back together and it worked. But it's not because of cleaning it must be a software problem.

I have a Mac Air mid 2011. About six months ago my left shift started failing. Couple of weeks later it died, no response. Shortly after my left alt did the same thing.

I've noticed that that's a common problem and read all there is on forums. Most of them ended with "replace the keyboard". But some stated that this could be a software problem and so I started digging.

I tried everything.. an I mean EVERYTHING. Reseting PRAM, VRAM, deleting the keybord files, system reinstall, you name it. At this time I was sure that it must be software related because as you know by now reseting the rams requires the alt key to be pressed. And it worked every time. But after system boot it just didn't anymore. If you have the same case, read along and maybe you can find your answer.

So digging deeper a found some forums for repair services, and there were some talks about voltage on connectors, and on another one someone said that he just had to clean the connectors. So having nothing to lose I teared apart my Mac to the ground, took some alcohol (for cleaning) an canned air and went through all pieces one by one. After putting it back together I turned it on and... all keys worked!

At this time I had to admit it was a hardware problem and close the case. I even thought of sharing the story on forums, but decided that the solution is already on it so it'll be a waste of time.

My son asked me to install minecraft fo him on my mac. So i did. What's funny is that I didn't even launched it. But when I sat down to write some stuff afterwards I cried internally... My shift didn't work... And I wouldn't think of minecraft but this was the only thing that happened before it worked and stopped. And what was wierd is that my ALT worked perfectly.

So I uninstalled Minecraft, and restarted the system. Still doesn't work.

So I clear the pram/vram whatever.... It started working! But... sometimes (rarely) it doesn't...

Conclusion: I'm now 95% sure it's a software problem. And the fact that it worked after teardown and then stopped is just a proof. I think that disconnecting all the parts had to reset some kind of memory, and reseting the rams by manual is not "thourough enough". I'm pretty sure someone will find the solution that doesn't involve replacing the keyboard. 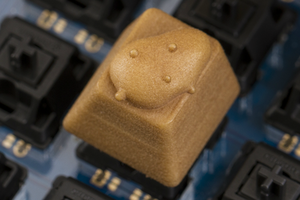 My "shift P" wasn't working on my external keyboard for my Mac pro tower. Shift and other letters would work and well as the other shift and caps lock.

I similarly tried all the various fixes related to resets of the Pram/ VRam, went through all the settings and restored defaults for Speech ,the keyboard, mouse, turned off extensions in Chrome, turning things on and off. Unplugged, plugged and switched USB ports. The virtual keyboard would show it working ect.

Nothing worked until I unplugged the key board and ran my hand over it( the keys) for about 2-3 mins. I guess it resets the key board and runs down the stored electricity in it or it's a weird coincidence. However after that my Shift P works!!!!!!

I am here with the same issues as everyone else. No spillages… just decided to act up one day.

What is weird on mine is that if I press <fn> and <shift> then the left shift buttion seems to start working again… for a while at least.

Until it stops working again,,,

Temporary solution for everyone:

Try to put a scotch tape on the keys not working.

Get it away when it starts working :).