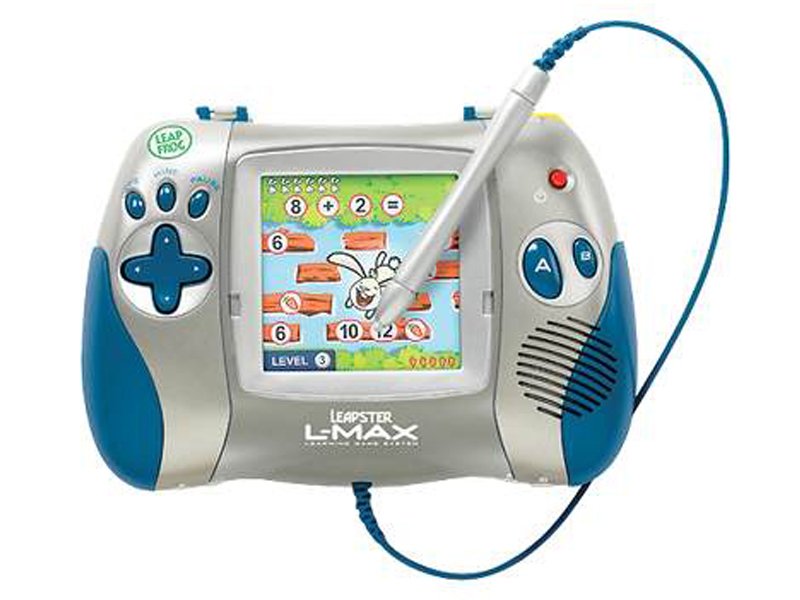 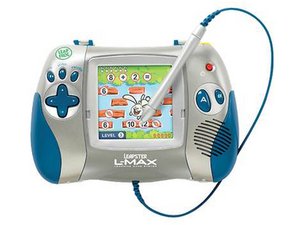 Repair guides and support for the Leapster L-Max, a hand held learning game system for children ages 4+, developed and released in 2005 by LeapFrog.

The Leapster L-Max model type is written on the bottom of the console and is available in blue and pink.

One notable feature of the Leapster L-Max that wasn’t available on the original Leapster is the ability to plug the console into a television. This feature allows for dual-screen learning as well as the ability for parents to be able to observe the game while their children play. With this feature, the L-Max can display different images on the television screen and the console. Children can also draw on the handheld screen and see what they’ve created on the television.

The L-Max Learning Game System uses game cartridges. Most of the cartridge games for the original Leapster work on the L-Max game console with a few exceptions.

The Leapster games are educational and are directed towards children in Preschool to 4th Grade. Popular Leapster games are themed after popular cartoons and movies such as Disney’s Bambi, Mulan, and Lion King, as well as The Peanuts Movie, Dora The Explorer, and more. Letters on The Loose was made specifically for the L-Max and takes advantage of the dual screen feature.