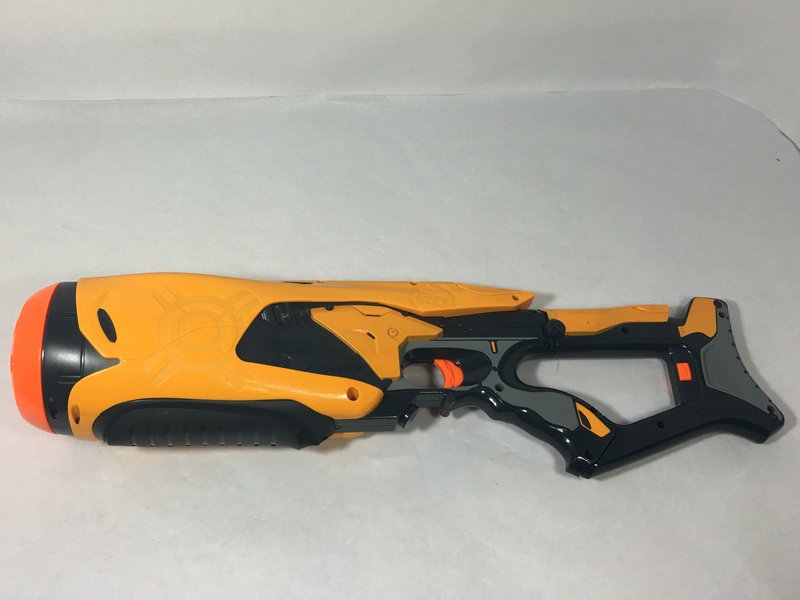 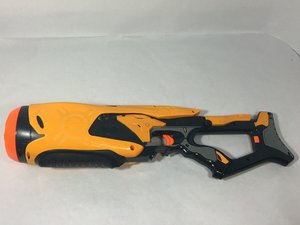 The Nerf Dart Tag Swarmfire was released by Hasbro in 2011.

If you are having trouble with your Nerf Dart Tag Swarmfire, check out the troubleshooting page.

The Nerf Dart Tag Swarmfire is a fully automatic Nerf Blaster from the Dart Tag series, released from Hasbro in 2011. This motorized dart blaster has a firing range of 30 feet and weighs less than 2 pounds (1.65 lbs to be exact). The average retail price of this product is $29.99.

The Nerf Dart Tag Swarmfire was pulled off the shelves due to re-configurations Hasbro made to the device. Customers were not satisfied with the performance of this Nerf gun, so Hasbro found a solution. They re-created and modified the internal components of the device to improve its performance and added a bit of flare with the new "blue" trigger. The Swarmfire was re-released in 2012 along with other Nerf guns like the Sharp Shot and Speedload 6.

The Nerf Dart Tag Swarmfire is unlike the other devices released by Hasbro. Instead of an electronic blaster, the device is powered by 6 "C" batteries and was the first Nerf Gun that required batteries.

Its unique stock is not compatible with other Nerf guns, which makes it more desirable for Nerf-War fighters. The stock can easily release from the Nerf gun for players who do not desire to shoot from the shoulder and prefer close combat Nerf Wars.

There are dozens of videos and tutorials that people have created to improve their Swarmfire from home, instead of buying the latest one. Check out the links below to view easy comprehensive modification tutorials to give your Swarmfire better performance!