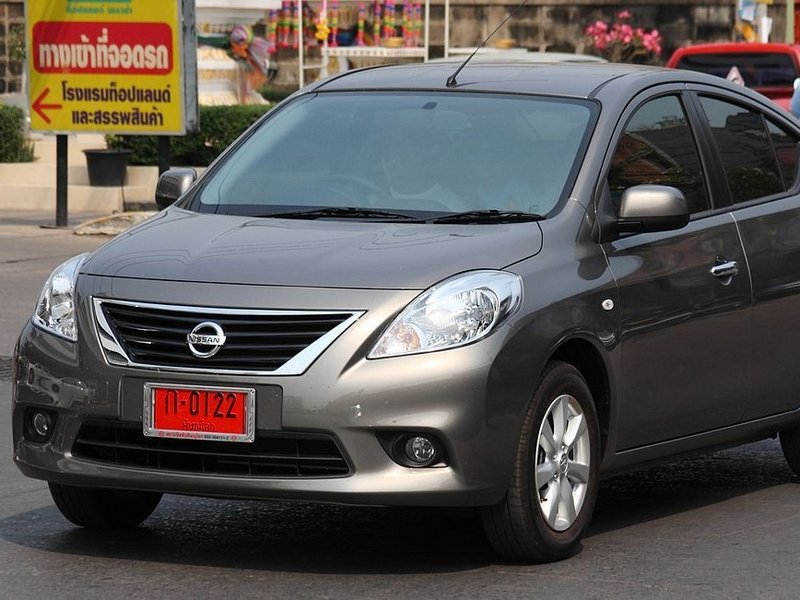 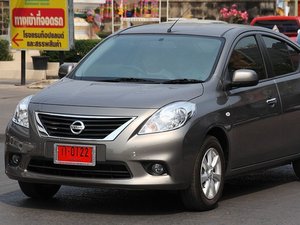 This car is Identified as the model N17. The Nissan Almera is a line of automobiles that has been manufactured by the Japanese car manufacturer Nissan from 1995 to the present year. It was essentially the European export-market version of the contemporary Nissan Pulsar, the first generation, and of the Nissan Bluebird Sylphy, the second generation.

In October 2011, Nissan launched a new model as the economical saloon car for the Eco-Car project in Thailand, which was named Nissan Almera. Based on the company's global V platform, it is equipped with the same 1.2-litre petrol engine (HR12DE) as the Nissan March and has either a five-speed manual or a CVT transmission. A four-speed conventional automatic transmission is also available in some markets.

The Almera name is also used for the car in Malaysia, the Philippines, Indonesia, Singapore (and other Asian countries, Australia, Ghana, Kenya, Mauritius, South Africa, and Nigeria. In the Americas, it is badged as the Nissan Versa. The Almera was also exported from Thailand to Japan, where it was marketed as the Nissan Latio (Japanese: 日産・ラティオ, Nissan Ratio). The third generation Nissan Almera has been assembled in numerous American, African, and Asian countries.