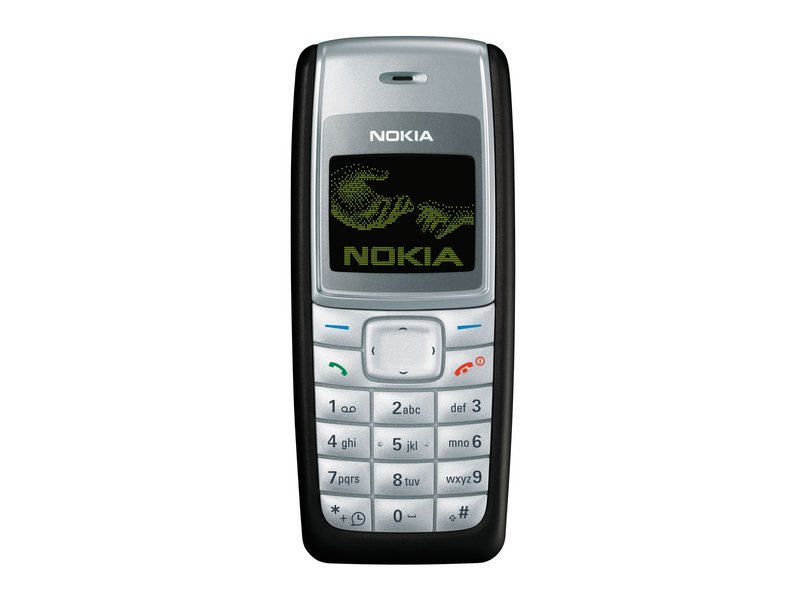 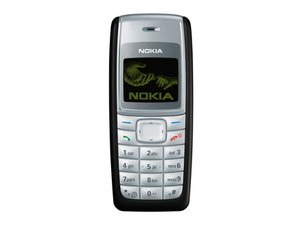 The Nokia 1110 and Nokia 1110i are low-end GSM (Global System for Mobile Communications) mobile phones sold by Nokia. Its cousin, the Nokia 1110i, was released in 2006. Nokia Corporation is a Finnish telecommunications, information technology, and consumer electronics company founded in 1865. The 1110 model was introduced in 2005 and was marketed towards first-time mobile phone users. Between January and May 2007, the 1110 model was sold by Nokia as their basic, monochrome, low-end phone. It was particularly popular in developing countries; Nokia sold around 250 million units total.

The Nokia 1110 phone includes an inverted black and white display with an amber backlight. The closely-related 1110i model has a regular or non-inverted black and white display. The 1110 model features five hours of battery talk time. It also includes a speaking alarm and clock, an analog clock display, and call management timers and counters. It was sold with three built-in games and supports picture messaging. The Nokia 1110 model comes with a Nokia BL-5C or 4C lithium-ion 900 mAh battery.

The Nokia 1110 model includes the name “Nokia” printed in capital letters at the top of the phone. The phone includes 0-9 number buttons, a start call button, an end call button, two navigation buttons.