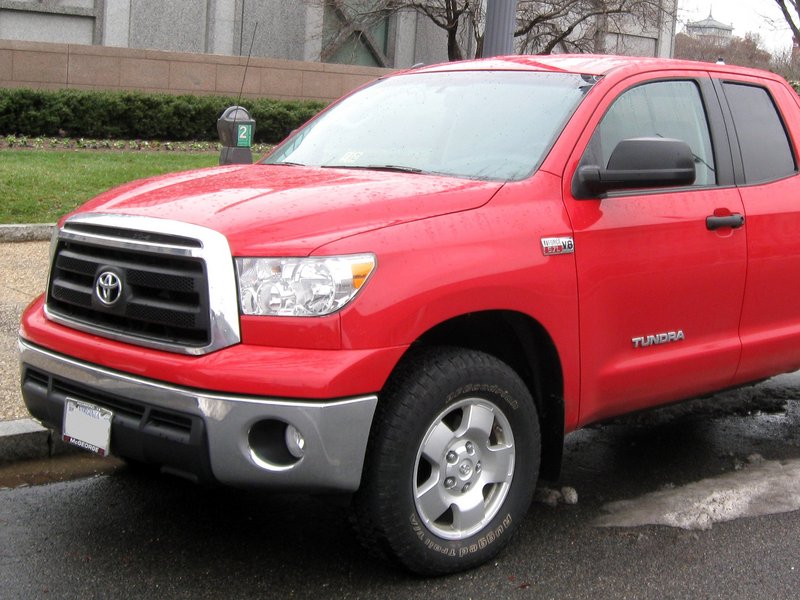 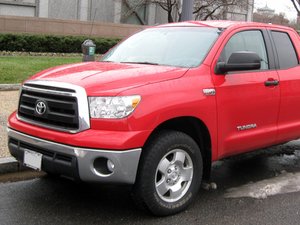 The Toyota Tundra is a pickup truck manufactured in the United States by Toyota.

The Tundra was Motor Trend magazine’s Truck of the Year in 2000 and 2008 and was nominated for the North American Truck of the Year award in the same years. Consumer Reports rated the 2013 Tundra 2WD pickup as having the highest predicted reliability among all full-size pickup trucks, while the Tundra 4x4 model was rated second to the 2WD model for reliability. According to Consumer Reports, the Toyota Tundra is the only full-size truck to have an above-average reliability rating, despite a list of recalls throughout its production (Wikipedia Toyota Tundra Recalls).

Toyota vehicles in the Americas can be identified by the Toyota emblem, which depicts three overlapping ellipses.