Restoring my iPhone 6 to Its Peak Performance 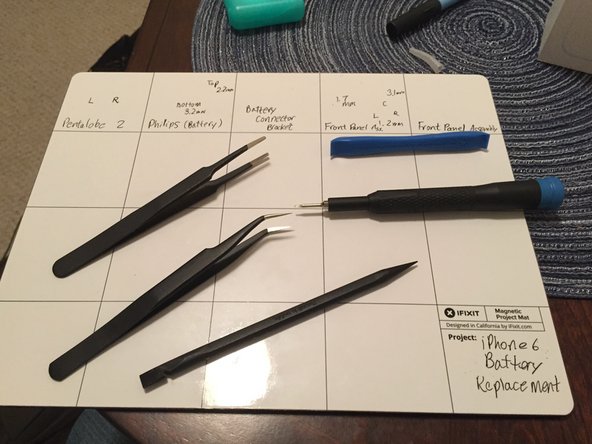 How to Replace Your iPhone 6 Battery

My iPhone 6, which I've owned since September 2015, was not performing well. At times, the phone would crash for no reason, and I'd see a dramatic battery depletion after using the camera, apps, or even just keeping it on in the cold weather. I had to carry around an external battery pack to keep my iPhone charged.

My coworker suggested the battery may be the culprit and after I read a blog post on iFixit, I became convinced that the battery had to be replaced. My battery was the one the phone came with originally and after three years and many hours of use, it was time for a new battery.

The rest of the repair went smoothly. I applied the new adhesive strips and seated the battery properly. Then I reconnected the cables and put the phone back together by following the instructions in the reverse order. The phone powered right up and after the battery was calibrated, I did not experience any of the issues my phone had before.

Every smartphone user should know how to replace their battery. iFixit makes it easy to read the guides on how to do the repair and I highly recommend buying the repair kit for your specific phone. They send all the tools you'll need and you can use around-the-house items like rubber bands or a hairdryer to do the repair. With the information in the repair guide, you can replace your phone's battery correctly, giving your phone improved performance and a new lease on life. Also, you'll save money and have the peace of mind that you completed the repair yourself.

I'd also recommend being careful with the adhesive strips-remove them correctly the first time so you don't have to use an iOpener, hairdryer and dental floss to free the battery.