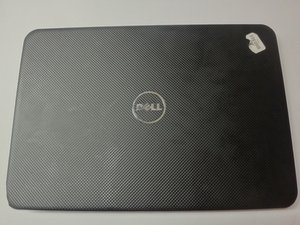 The Inspiron 15-3521 has an optional touch screen feature and has a 15.6" display. This laptop is also complete with a matte finish and keyboard complete with number pad.

Just replaced my hard drive with a new one from ifixit, when running diagnostics it now shows no errors when previously it said there was a problem with the hard drive. On boot up it states: No Boot Device Found. Press any key to reboot machine

On the boot menu after pressing F2, I only have the following options:

LEGACY BOOT: (which is gray)

It doesn't seem to matter which order they are in

After reading all other forums, I have not found a solution to this.

did you format your drive re-install your Operating system on the new hard drive? When you boot to BIOS check if the hard drive is getting detected there or not. Here are the steps:

Restart the system and immediately start tapping the 'F2' key to enter the 'BIOS'.

Please check what is written next to 'Fixed HDD'.

Double check your installation and your drives compatibility

So if I enter f2 and enter bio what next, because my dell is still on fixed HDD ( not detected) . What should I do next?

tucrkilerita what is your computers make and model? This is a new hard drive?