I wanna replace my HDD and install SSD for iMac 27 5k 2015 Late, but I don’t understand, do I need install a thermal sensor or not?

But I still do not understand why? If on so 27” 5k 2015 the hard drive does not have a cable for a temperature sensor 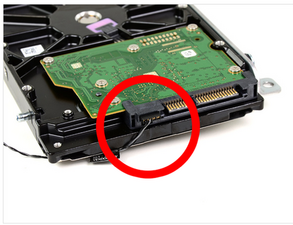 You do have a second option here which you might want to look at. If you currently don't have a PCIe NVMe blade SSD installed you could put one in which would give you still better performance! iMac Intel 27" Retina 5K Display SSD Replacement

If you do have a Fusion Drive config you'll need to break the fusion drive set before you remove the HDD. Also keep in mind the Fusion Drive blade SSD is quite small so you most likely will want to swap out to a larger drive.

thnk you for answer

Because that is how Apple designed that specific model.

I have fitted a 1TB WD blue ssd to my late 2015 imac 27”, it had no hard drive before, just the PCIe SSD. All I needed to source was the Sata/power cable.

I did NOT fit any thermal sensor and it works perfectly, no fan spin or any other problems. I also replaced the PCIe SSD with a Samsung NVMe 1TB unit with an adapter, this also works perfectly.

I conclude that at least on late 2015 model. NO thermal sensor is required. The system reads the drive temperatures fine so they must now use the Smart data.

Its been working for 3 months now like this, don’t waste your hard earned money on un-neccesary stuff.

So you have 2 x 1TB SSD in your iMac. Are you using them separately or in a FusionDrive setup? How is it with the Samsung NVMe 1TB, must be insanely fast. What kind of adapter did you use?

Is everything still running with no fan issues?

Apple altered their thermal sensor needs, dropping the requirement for the needed sensor using SMART instead. You need to be running Sierra or newer as the firmware needs an update.

I like to replace the hard disk with SSD in an iMac 27 inch late 2013. You are saying the new OS doesn't need hardware temperature sensor any more because the newer Mac OS now uses SMART?

I have the same question

Hi! Just having the same question, so I bought the temperature sensor but made a test before sealing the iMac:

On my Late-2015 iMac Retina 5K, 27”, with upgraded 16GB ram and a 1TB Crucial MX500 SSD without the OWC temperature sensor installed everything is working fine and the fan spin at standard 1200 rpm!

Hope this can be helpful to someone

Many thanks to iFixit for the opening guide!

I have same iMac, installed 1TB Sata ssd along with a 1 TB NVME with adapter, all working fine for last 2 years, no temp sensor fitted, fans work normally.

What adapter are you using for the nVME SSD? I've read about some ppl having problems with nVME adapters.

Is there any difference between the SATA SSD and the nVME one in daily use? I can't spot any between this Mac with 1 TB SATA and my MBP 2016" with 2,6 GBps nVME SSD on-board.