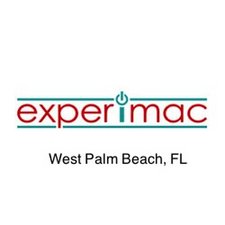 How do you read a panic report?

My laptop keeps crashing. I've had the GPU replaced before as it used to happen more often, but it will work for a while after the GPU replacement and then start having the exact same issue.

It will randomly shut down. I've noticed it happens more when I use the USB ports to do large data transfers more often then when I'm doing anything else. I'm attaching a copy of the last panic report. Any help will be greatly appreciated!

Just a little added information, right now is the system I have two drives that are fusioned into one. I have a 512GB EVO drive and a 2TB rotational in the DVD drive bay. Both drives have tested fine by themselves and give me no issues.

I have also tried installing the operating system on just the SSD to see if that was an issue but it still happens. I've had two different sets of RAM in the unit and still have the same issue.

First I don't know why you swapped the drives around. You really should leave the HDD in the HDD bay and then use the SSD in the carrier in place of the optical drive. The reason this is important is the HD bay has crash guard protection whereas the optical bay does not! So if you bang your system while the HDD drive is in process of a read/write it could damage it.

While I don't see that as the issue here its something you should switch the drives around.

I suspect you're hitting a bad HDD cable issue. This is a common issue with the MacBook Pro's both 13 & 15 have issues.

Also make sure the black plastic clips on the mid plane that clip into the bottom cover are in good shape. If you have one broken make sure the one near the HD is the working one.

After you've replaced the cable I would strongly recommend you make a full backup and then reformat the HD and install a fresh copy of MacOS. So any corruptions on the drive set is removed.