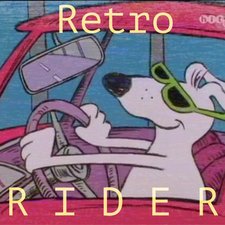 I bought a iBook G3 Clamshell from craigslist for $30 from a guy who said he brought it out and turned it on for a while and after some time (forget how long) he said the screen turned just white and it never displayed normal again. The iBook does just display a white screen, so now I need to know how to repair it. I’ve looked all over but it seems no one else has this issue. I opened it up and it appears the screen cable is plugged in. I haven’t turned it on in a while because I’ve kinda given up hope that i’ll be able to fix it. But I’ve been thinking about it recently and kinda wanna fix it (even with my very very limited to no soldering skills). Anyone know what’s wrong

TL;DR: My iBook G3 only displays white screen, previous owner says he turned it on for a while then screen turned white. Need help repairing it.

Actually a white screen is positive as it’s not that serious. This usually indicates a hard drive or hard drive cable issue. I would check the connectors first.

Ok, just to be clear, this isn’t the screen with the blinking system question mark folder, this is just a white screen, nothing else just white.

I'm not exactly sure it's the hard drive (or hard drive cable) because if I give it a minute or two to boot and load, and use the volume control buttons I can hear the test pattern it plays. But if the hard drive cable is taking up some more power than it should, I wouldn't know how to fix it.

Edit: I'm not a professional tho and I've heard multiple different things that could be wrong.

The hard drive works fine. Just plug it in and it can be read from. idk how to test the cable but idk if its even broke or not