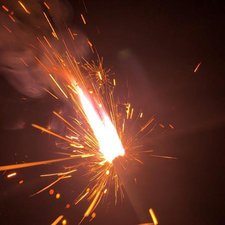 Help with blown display socket pins— is this repairable?

I've got an interesting situation with an Early 2014 MacBook Air.

This device had soup spilled on it and was not powered off immediately. They attempted to drain the soup out of the bottom right corner where the display connector was, and as a result, the backlight no longer works. (it is worth mentioning the screen still works, I just used a flashlight to test)

Upon inspection, I discovered the display connector on the logic board has 6 blackened pins and 4 completely blown ones. Not only do I not have the equipment to repair this, it's also far beyond my “pay grade,” so I was considering taking it to a local repair shop with microsoldering equipment and seeing what they could do. What I’d like to know is it this is even something that can be fixed without a new logic board, because if not, I'll just buy a new board. 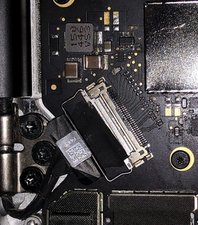 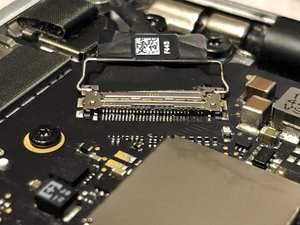 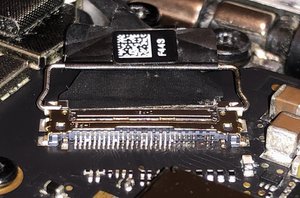 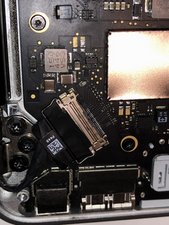 @reedcrosby can it be done? Yes, but it will require microsoldering skills. A good cleaning of the board after removing it and then replacing the connector should repair this. At least it will get you to a point of ensuring that nothing else has failed. You do want to check on microsoldering specialist to replace it. Not terribly complicated but because of the size of the connector etc. you will need to have the right tools and skills. Depending on your geographical location there may be experts on here that could do this for you.

This is pretty much confirming what I thought. I don't have the equipment or expertise for microsoldering, or soldering at all for that matter. I'll see if there's anyone that specializes in it near me. Do you have an idea of a ballpark cost for this as opposed to replacing the logic board?

@reedcrosby hard to say since I do not know where you're located and what the going shop rate is in your area. At least you can try to save some money by removing the logic board and sending it off for repair.

@oldturkey03 It look's like I'll be sending it off or buying a new one, some shops have refused because of liquid damage, and others gave horrible quotes in the $250+ range.

It quite possibly could, but several jumpers would have to be ran, and it wouldn’t be that reliable with several next to each other. If it can be, the cost may well be more than a replacement due to the extensive work that will have to be done in that small area.

That's along the lines of what I was thinking. Also, I don't have the tools required to even think of doing soldering that small, because I'm not sure the pictures show it well, but these pins are really small.