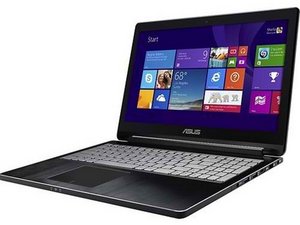 Midrange laptop released by Asus in 2014.

What mSATA card do I need for this laptop?

There is a port labeled SSD on the motherboard, near the existing SATA drive. It appears to be an MSATA slot. What size will this laptop take for the msata card? 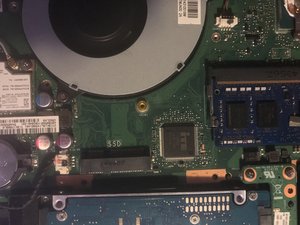 This is a picture of the MSATA port on the motherboard

OUCH. That’s the one you DON’T want. What you need is a half height mSATA - which usually comes in much worse capacities then the full height ones that match the older PCIe wireless cards and WWAN cards.

Stick to using 2.5” SATA in this and consider the mSATA dead end unless you want a 250GB boot SSD at most. The half height drives are hard to come by and when you do, come in low capacities at often double the price of a full height mSATA.

You got burned with this laptop. Even my E6540 was good enough to use full mSATA, despite the standard being thoroughly obsolete in 2013 - when it should have been a M.2 2880 AHCI setup.

Hopefully you’re okay with spending $116 for a drive with a reduced write lifetime compared to mSATA (which is already worse then 2.5” SATA) AND paying about as much as we did for 256GB drives just 3-4 years ago. Compare that to a 2.5” 512GB SSD (Silicon Power) and you’ll see why these half heights are beyond hopeless.