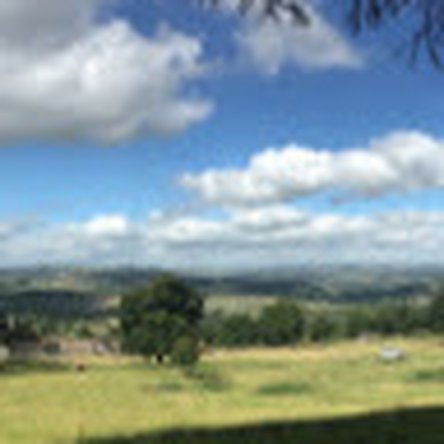 Replaced MBP late 2013 logic board with early 2014 - Not recognising

So I have read the forum answers and it appears this has been done before. My logic board failed somewhere in my late 2013 MBP i5 2.4ghz, 8gb ram, 256gb SSD. Fans were intially stuck on full (fan control app unable to help) and then it started shorting out and I was unable to use it. My mac can be found '''here'''

Long story short, I replaced it with an early 2014 i5 2.6ghz, 8gb ram logic board that I got for a steal on fleebay. The logic board identifier/series was the same (820-3476). The fan issue is resolved and the mac is working. However, it is running incredibly slow and when I click the apple logo and select the ‘about my mac’ section, it shows the old motherboard information. I am a PC guy, so am not Mac ‘tech savy’, so any help would really be appreciated. Ideally, I don’t want to reinstall the operating system to try to resolve this. I have tried resetting the PRAM and SMC, to no avail. People on Logic board replacement MBP 13 late 2013 retina display with mid 2014 have had success with a direct swap.

It’s worth mentioning that my original trackpad has stopped working when connected to the swapped logic board, and I messed up the cable to my keyboard (aftermarket that I originally replaced), so that is no longer working either and will need to be replaced. However, I did connect an external windows keyboard and gtech mouse that were working fine but, again, slow.

Thanks to everyone who takes the time to read and respond.

At this point I’m suspecting you have either a bad cable or the connection on the logic board is not fitted correctly. Thats the reason why your system is slow as the trackpad has a thermal sensor which if SMC can’t access puts your system in to CPU Safe Mode slowing the CPU clocking and ramping the fan’s RPM.

As far as your original systems data being present, let’s first fix SMC, I’m sure it will refresh once thats fixed.

Hi Ian, thank you for your reply. I think that the trackpad cable is seated correctly, as it still works with my old logic board. The issue I have is that the new logic board is not recognised.

From what I have been reading this evening, the part number (820-3476) for the new mid 2014 board matches the old late 2013 one, but, I believe that the new mid 2014 board might have a different EMC? My old board that I removed is Model: A1502 (EMC 2678) and ID: MacbookPro 11,1 - whereas the replacement might be Model: A1502 (EMC 2875) and ID MacbookPro 11,1. There is an equivalent upgrade from late 2013, with the same EMC number as my original logic board. Would this matter? I'm thinking of replacing the keyboard again first, as I assume its lack of connection could influence the trackpad? However, the main issue is that the Mac still believes that it has the old logic board inside, despite me fitting the new one, as it is showing the old logic board information on the 'about this mac' screen?

Sorry, I misread your reply. I will open up the mac now, but in order to reset the SMC, I need to get the keyboard working again. Any idea on how to reset the SMC with a windows keyboard? I do not have a power button on it.

You stated the trackpad was not working, now you are telling me your keyboard is not working as well??

To clarify your confusion on what logic boards are workable in your system forget EMC! Focus on the ID here we are looking at this group of systems MacBookPro11,1 Apple used the same hardware across this series of systems. Boards in this listing will fit and work.

Hi Dan, in my original post, the addition of the information concerning the trackpad and keyboard not working were an afterthought, in the consideration that they may possibly be related.

- I upgraded the logic board for a necessary replacement

- The mac is now working and not shorting out

- The fan issue is resolved too (no longer running full throttle)

- However, the CPU of the replacement board is operating at 300%+ (supposedly) and throttling the system speed.

- It just so happens that the trackpad and the keyboard are now no longer working either, despite multiple reseating.

I've re-read my original post and can see the confusion. Apologies for that, I hope this is clearer?

Your system is doing what its designed to do!

Think of it this way... Your office building has a fire alarm system (your systems SMC logic) what happens when someone sets the bath room waste can a blaze? The detector in the bath room fires off and then ALL of the alarms across ALL of the floors go off, everyone gets up and out the nearest exit. Nothing is being done.

As I stated before SMC is in Fire!, Fire!! Mode so nothing can happen until the SMC logics problem is resolved.

You need to fix your keyboard and trackpad issue to clear the error condition so SMC is able to work properly. Until you do that SMC is not going to refresh your systems info held in your OS.

OK can you prove this? Yes! Open Activity Monitor App You'll note the kernel_task process will be consuming all of the resources!