Display backlight not working, how to diagnose?

The screen is dark on my MacBook air (13" early 2015), but by shining a light through the apple logo I can see that the screen pixels are working. Connecting to an external display (and external keyboard and mouse) shows that the computer is otherwise working fine.

Based on this question Is this a MacBook Air with a dead backlight fuse? I tested the "P" fuse shown (which appears in the same place in the 2015 model as in that 2013 one); I think the fuse is ok: I see continuity across the fuse, and, when powered on, 8.47 volts on both sides.

Not having realized that backlight can go wrong separately from the LCD screen, I already bought and installed the $275 replacement screen ( MacBook Air 13" (Mid 2013-2017) Display Assembly ). There is no difference in the backlight behavior between the old and new screen. But I can say that the LCD connector looks very clean.

What else can I test or do to narrow down why the display backlight isn't working?

outside of logic board: 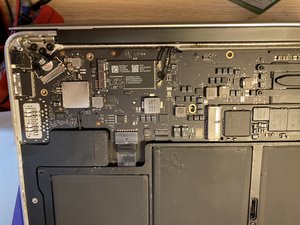 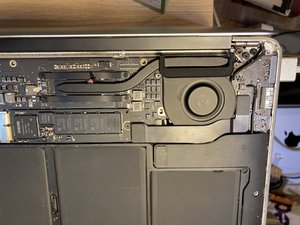 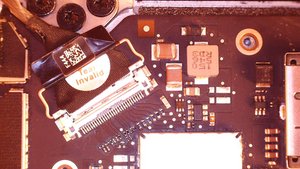 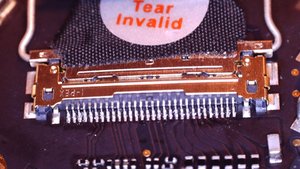 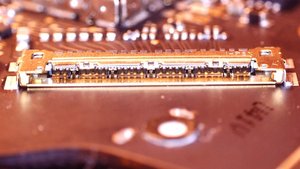 inside of logic board: 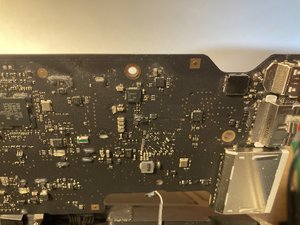 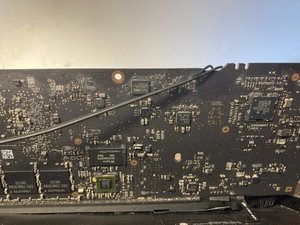 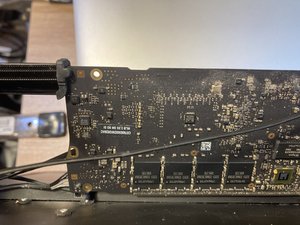 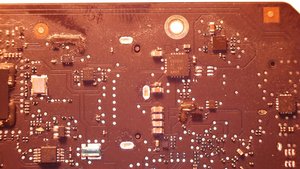 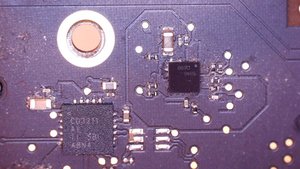 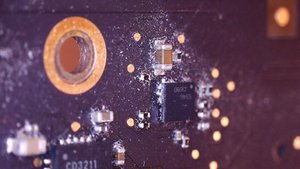 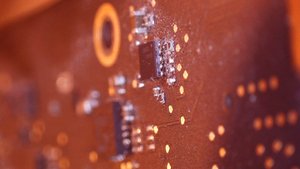 It's possible the backlight isn't being told to turn on, or there is some other issue with the circuit (bad driver or issue with the feedback line). I'll update when I can get to some boardviews software places to check.

UPDATE: As @danj mentioned, corrosion on the backlight areas are common due to their proximity to the edge of the board, and easy points of entry for liquid. In fact in trying to take some photos for you, realized every single board I have is at least a little bit wrecked in this area.

It seems unlikely that the connector is at fault here due to the odd voltage at the fuse. The backlight driver itself is on the backside of the board. Basically on the flip side from where the display connector is. I would check visually for issues in this area. And if nothing visual is obvious you can very into the weeds, troubleshooting depending on your level of skill. 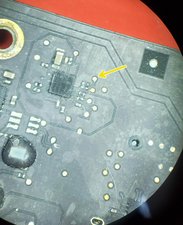 This is the backlight driver itself. And the test point indicated is for backlight enable. But this may be tricky to test for voltage since it's on the back side of the board.

Now that my brain is a bit clearer. I think the 2.7 volts should be enough to get the chip to turn on. I would be more concerned if there was no voltage there. But I think @oldturkey03 is on the right track regarding the boost circuit.

The Boost circuit is fairly simply, I'll try and explain it concisely (I failed). How you can tell what's wrong, and what I think is wrong. 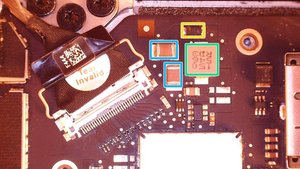 On this image, you can refer to the schematic if you want, but essentially these are the parts in play here. The large component in green is L7701 - an inductor, almost always fails in a way that you can tell. They crack, or have a hole burned in them, etc... This one looks fine, but it should be electrically continuous if it's good

On the other side of that inductor, the backlight driver pumps an output into that line that switches on and off, and feeds it through D7701- a diode (the part outlined in yellow), which is like a 1 way valve for electricity. As a rudimentary test I would check resistance across this in both directions. It should test as OL (over limit/open line) in one direction, but give some resistance measure in the other. It's not the best test, but it will do here.

On the other side of the diode, a branch of that line goes to the big capacitors, in blue here, (and some small ones), which I doubt are bad because they would likely fail as short to ground and you wouldn't be getting 8 volts, and you'd be getting a helluva lot of heat.

A second branch of the post diode line loops back around around to the backlight driver to give it feedback on the voltage present there. Which is how it adjusts brightness. it changes the frequency of how often the switching lines power on and off to increase or decrease voltage, therefore decreasing or increasing the brightness of the back light. (Cool, right?)

This is where I think your issue is. Unfortunately it's a bit of a bear to test. The trace (read: wire within a circuit board) for this feedback line goes to the test point between U7701 and D7701, through to the other side of the board to the feedback pin on the backlight driver. This trace can burn out, or become damaged. To fix it, you'll need to run a jumper wire from the test point around the board, to the feedback pin on the backlight driver since that's the only 2 places that line runs. I am not sure how solder savvy you are, but it's not super difficult if you are versed in soldering small bits. Otherwise it might be best left to a shop that does these kinds of things.

Thanks @flannelist - you can see some pictures in the "close-up of backlight IC" section above; I tried to get at it from some sides as well as straight on. I don't know what my kids did to make it so hairy in there, but again the backlight seems to be the only thing not working with the computer.

I was able to test the voltage at the test point you showed; thanks for highlighting it. I measured 2.7 volts. Any idea what that means?

@std_phl I would think 2.7 volts should be enough for the enable. I don't recall of the top of my head, but you're getting voltage there, so that's a start. I'm gonna play around with these boards tonight. I am still an iPhone tech sometimes at heart, even though I have sunk a good amount of time into Macs as well, just not as much on the board level.

I can only remember but so many voltages before my brain starts offloading other info it thinks is useless :D

@std_phl Just letting you know I updated my answer with way more detail than you probably wanted, but that's my two cents.

Take a tight in focused picture of the logic board connector so we can see the solder joints you may need to replace the connector.

Thanks @danj for the idea; I've included some pictures of the LVDS connection; do you think they show corrosion? If they are too over-exposed I can try to take better ones.

The pins appear in good order. Even still, I would apply a bit of flux and slide a hot iron across making sure not to bridge any of the joints in case you have a cold joint. Don’t for get to disconnect the battery. See if that fixes things.

Can you suggest a model of soldering pen for this kind of work?