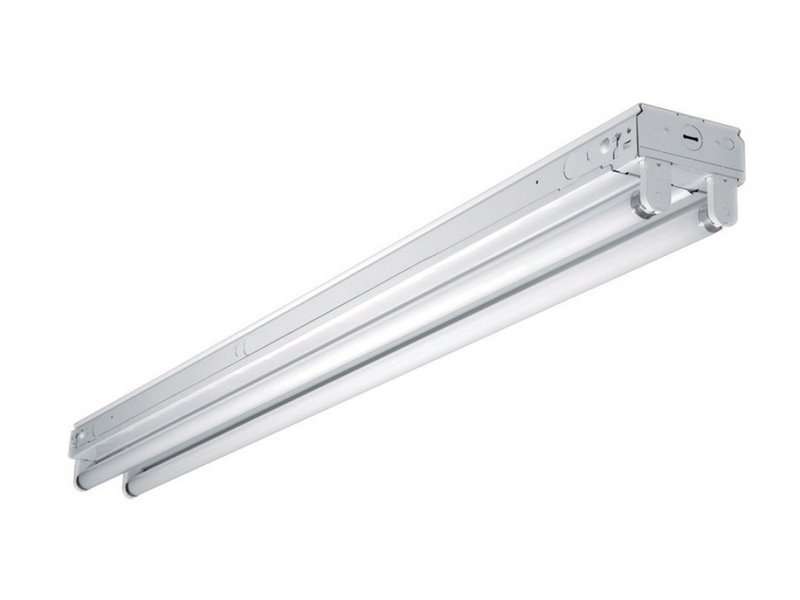 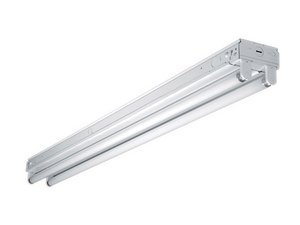 The most popular option to light large areas of buildings. They come in a variety of connection types and power ratings.

A fluorescent lamp, or fluorescent tube, is a low-pressure mercury-vapor gas-discharge lamp that uses fluorescence to produce visible light. An electric current in the lamp’s tube excites mercury vapor, which produces short-wave ultraviolet light that in turn causes a phosphor coating on the inside of the lamp to glow, producing light. A fluorescent lamp converts electrical energy into light more efficiently than incandescent lamps. Most typical fluorescent lighting systems have a luminous efficacy of 50-100 lumens per watt, which is several times the efficacy of incandescent bulbs with a comparable light output.