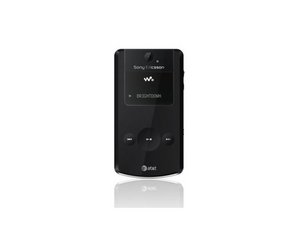 The Sony Ericsson W518a is a combined cellular phone and mp3 player.

The Sony Ericsson W518a Cell Phone can be identified using the fact that will be labeled as a Sony Ericsson flip phone and by comparing it to the images we have supplied. Several phones can easily be confused with the W518a model.

There are several ways to accurately identify your cell phone. If you have the original box that the phone came in, the model name will be displayed prominently. If you do not have the original box and your phone is operating, the model name can be found under the Phone Settings (Menu > General > Phone Settings) section of your phone. In the unfortunate case that you do not have your box and your phone is not operating, simply pop off the back of your phone using your fingers, take out the battery, and scan the spot under the battery on the phone for your model name. Sony Ericsson flip phones have model names beginning with a letter followed by three numbers (and possibly an additional letter).

The Sony Ericsson W518a Cell Phone comes equipped the an MP3/AAC music player, a GPS, a built-in camera, an FM radio, and a built-in Facebook application. It was released in July 2009 with two different color themes: black and red.