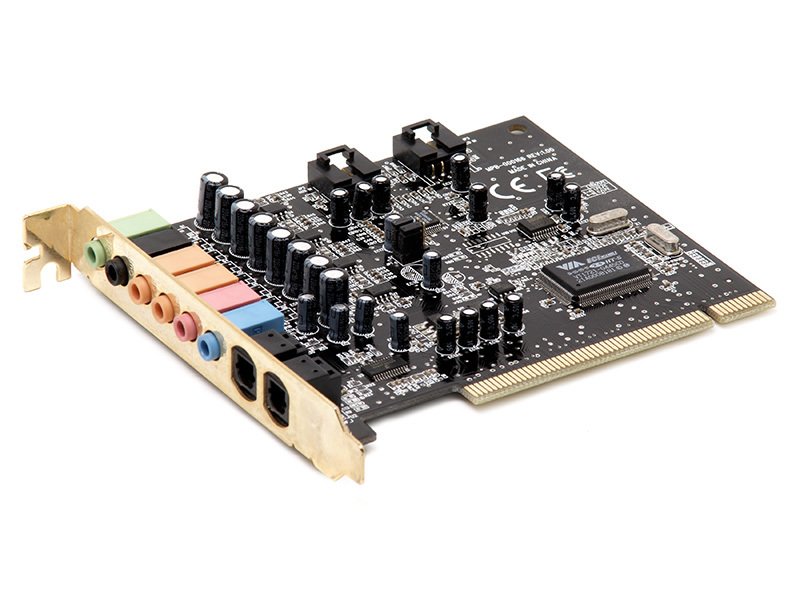 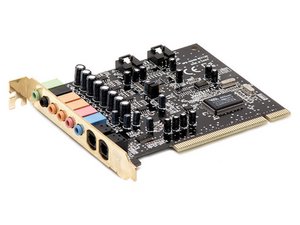 Repair guides and support for a wide range of sound cards.

A sound card is a piece of hardware which allows you to input and output audio signals from your computer. Sound cards were originally developed to facilitate better audio on early computers. In terms of sound, many early machines were limited to simple beeps and boops (here’s a clip of the square waves in the Castlevania soundtrack). Outputting audio via the so-called “beeper speaker” also commonly required the processor to divert some of its precious clock cycles for audio instead of other tasks. The solution was to make sound cards with separate circuits that could be plugged into an expansion port on the motherboard such as an ISA slot.

Notable early sound cards included the AdLib Music Synthesizer and its competitor, the Creative Labs Sound Blaster. Newer sound cards use the PCI or PCIe interface to connect to a computer, but they accomplish a similar goal of allowing for high-quality audio input and output. Sound cards use a digital-to-analog converter (DAC) to generate analog audio for speakers and headphones from the digital signals provided by the computer. In the reverse process, some sound cards include an analog-to-digital converter (ADC) which takes an analog signal and sends the computer the digital equivalent so you can record your beautiful voice or your shred guitar solo.

Of course, many modern computers like laptops don’t have expansion ports, so sound cards are increasingly used as an external device that work via a connection like USB or FireWire. In this case, the sound card is housed in a case and sometimes requires an external power source. External sound cards are most commonly used by people seeking extra high-quality audio or people who need more power for high-impedance headphones.

How Sound Cards Work by HowStuffWorks

Do You Need a Sound Card? by NCIX Tech Tips