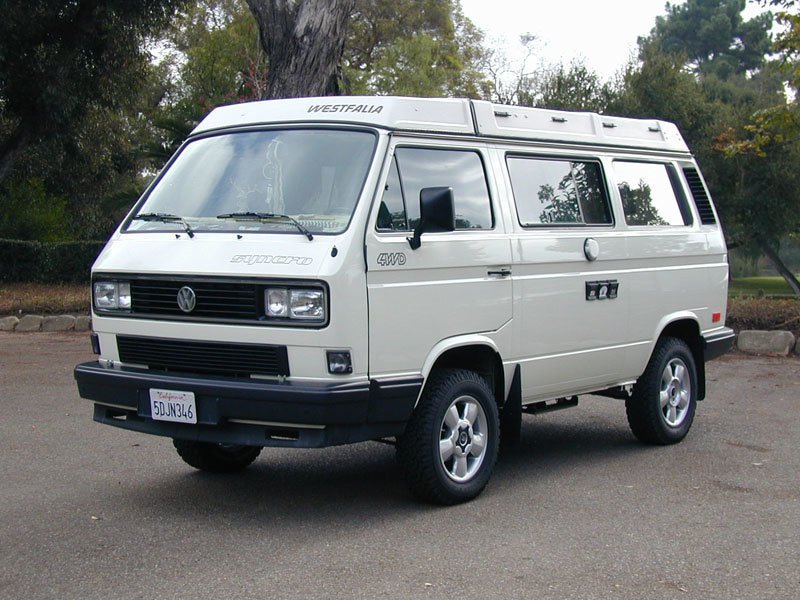 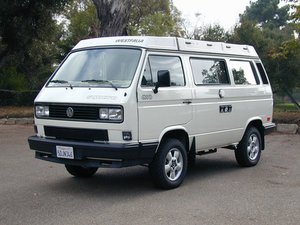 The Volkswagen Westfalia Camper was a conversion of the Volkswagen Type 2 (T3) sold between the early 1950s to 2003. Most models sleep four people and include various standard and optional equipment.

The Volkswagen Camper has become an icon in American and British culture as a symbol of surf and hippie culture that became popular in the mid-to-late 1960s.

VW vehicles include the VW emblem, which depicts a ‘V’ placed on top of a ‘W’, enclosed by a circle. M-codes are used to identify the VW Westfalia camper vehicle factory options. Starting in 1958, a metal plate was attached to the back of the camper’s right front seat that lists the date of manufacture, option codes, export destination, model number, paint finish, paint color codes, and the VIN or serial number.