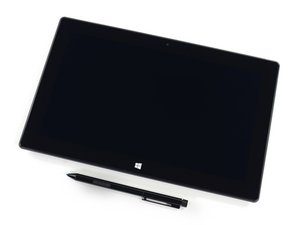 I was using my Surface fine but then one day my charger's wire frayed so badly that I needed to replace it. I first replaced it with some China made non official Surface charger, that's when I started getting all these ghost touches issue. I went back to exchange the charger for an official Microsoft Surface charger but it is the same problem still exist.

Is it a touchscreen issue or a grounding issue with the Surface or the charger issue? What do I need to try replacing?