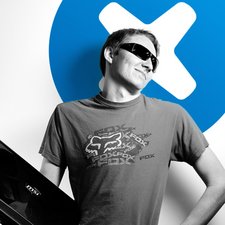 Hi everyone. I recently bought myself a 1983 Mercedes 300D, and I'm having issues with the car being down on power. I have replaced the fuel filters and run a couple cans of Diesel Purge through the IP. When I first got the car, it seemed like it may have not been boosting properly, but now that I have installed a boost gauge, I am seeing 10-11 PSI, which I believe is normal for this car. I have also plumbed in a manual boost controller consisting of a ball valve to adjust the PSI a bit up to 14 PSI with little acceleration improvement.

I also bypassed the ALDA overboost protection circuit and plumbed the line from the ALDA directly to the back of the manifold banjo bolt (cleaned with carb cleaner to remove oil and soot). The car feels more responsive once I did that, but doesn't feel as good when accelerating like my 84 300D did. I'm wondering if the ALDA isn't operating properly, as it feels like it isn't providing enough fuel once it gets into boost. Would deleting the ALDA fix my problem? I've also read that there's a fuel pressure bleeder valve on the back of the IP next to the engine block that has a spring that compresses with time. I've also read that the lift pump could be wearing out. All things to consider doing myself, but being fresh out of college, money is somewhat on short supply.

The car has a "claimed" 255,000 miles (odo works) and has had the rear end gearing swapped to 2.88s instead of 3.07s. Maybe the lower gearing has slowed the car down, but I still feel like that engine isn't making power under boost like it should. My 84 300D would climb up the 7 mile 7% grade where I live doing 60 mph with 3/4 throttle, but this car can barely maintain 50 mph with my foot planted and WOT.

Hopefully I can figure this out, I love these cars and want to get this one performing a little better.

Just to respond for other's reference, I ended up deleting the ALDA from my car by removing the first injector hard line with a 17mm wrench and removing the two allen head bolts holding the VCV valve to the top of the injection pump. I used an adjustable wrench to hold the 27mm nut holding the ALDA to the injection pump, and using a pair of channel locks, I grabbed and rotated the whole ALDA assembly. The ALDA was on tight, but eventually budged with some Aero Kroil. The ALDA also has a 24mm nut directly below it that supposedly can be turned with a thinner wrench, but it was too tight to turn using the two wrench method. I also removed the banjo bolt from the rear of the intake, and plugged it with an M8 x 1.0 20mm bolt while reusing one of the washers that came on the original banjo bolt. I also removed all the ALDA crossover lines, as well as unplugged and removed the overboost solenoid from my firewall.

Doing this has significantly improved the acceleration and power of my car, but I also plan on installing a new lift pump and checking out the fuel pressure relief valve. I'll respond once I get a lift pump, as I'm chasing down an intermittent vacuum problem at the moment.

I just wanted to mention that you should look at the gearing as well! What RPM you have at 100km/h? If its lower than 2000RPM you should look into getting a bit lower gearing differential.