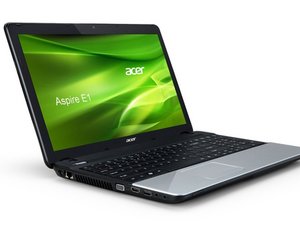 I have a Acer Aspire E1-570 (I couldn’t choose it in the devices list) that won’t power on. I chose chkdsk in Win 10 to run after an reboot and it started normally after booting normally. Then I went away for ~8 hours (it was connected to power) and when coming back, it was completely dead.

It remained like that ever since. When I plug in the power cord, nothing happens, no single LED turns on and no sound is audible. Same when pressing the power button. Same without the battery. Same with the battery taken out and having held the power button for more than 30 seconds. Can the device even turn on without a battery connected? I tried with the charger from another Laptop (which has the same voltage and a fitting plug and provides enough current). Nothing happened as well.

Do you have some ideas what could have happened?

Edit 1: I did swap the single RAM stick into the second slot but nothing changed.

Ah sorry, I wasn't notified of your comment. It was running without any problems for 3+ years.

Your device seems to not be POSTing, (not initializing the BIOS/UEFI) which most likely means you have bad hardware somewhere. Generally, a failed hard disk will not prevent the device from posting, it will boot normally and say “Boot device not found” or something of the sort. What you’re describing sounds like a case of a dead motherboard, as they tend to be intermittent when the fail, and then will fail full-stop without warning. As to fixing this, I don’t have any suggestions short of purchasing a new board and replacing the current one. Even so, it’s possible the issue is not the board, and is something else. Good luck, I hope that helped!

I was able to copy the data from the disk easily. But the laptop itself is still dead.