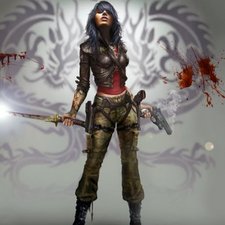 I already did the sync and eject menu to factory reset my Xbox. It registered the reset request but now Everytime it tries to carry out the reset it says error e106 and I'm stuck in an endless loop where my Xbox won't reset itself please help. Any answers are appreciated

Had the same problem, I've tried everything. What worked was a new harddrive, all e106 errors relate to your harddrive. You can find a tb one for abt 50$. If you have the proper screwdriver, anybody with a brain can get into Xbox and replace it, just takes some time. Just unplug your last one and plug in the new one. When you power on your xbox it will act as brand new. All of your game info is saved in the cloud, you'll just need to reinstall your games. A repair place will charge you 150$, not good.

Which hardrive do I get

Same issue for the last two days thank you guys

Xbox One error code e106 is a system error caused by data cache.  Please turn off your device and unplug. Allow it to remained unplugged for one minute so the cache will be flushed from the memory. Then to make sure it works, use Clear System Cache function. Please see below.

Last resort scenario, use these guides to remove the HDD and re-install the filesystems and OS: Xbox One Hard Drive Replacement

use ONLY this video for proper re-install:

Doesn't work, been stuck ok e106, I've tried everything that's been suggested by every video I could find.

i am still stuck in an endless loop where it shows me "preparing your console" and gets to about 4 percent and gives the error again.

This is happening to me too. Is there any chance you already fixed the issue and tell me how to solve it?

I had the same issue and somehow got it working again. When initially turning on the gaming console and the update screen came on I repeatedly tapped the A button and the process went through. The box updated its self and came on. Hope this works for you as well. Good luck. @madbomberz242

Thanks, it worked for me. Struggled two years with E106 code, but after your suggetion with pussing the A botton, it worked. Now after two years, I can use my Xbox One again.

Same here, thanks so much!

Do you have to tap A untill the process is done?

I changed my hard drive and now got tis Error E106, does the same process work?

106 can happen again f the console was subscribed to the developer program the firmware won’t match the osu1 update and will fail. You will need to wait a month or so and try the updated OSU this should hopefully resolve the issue

I downloaded a newer OSU1 file here http:/w.xbox.com/xboxone/osu1 and SOLVED IT!

As Xbox gets system updates all the time you gotta make sure you get the latest and since there's no archiving page where you can list and sort to the latest you just have to check manually. (there's no point for MS saving old system updates I guess)

I figured mine out, I just had the wrong osu1 file. Did you try the osu1 on a flashdrive yet?

Hey Guys Got The Error Code 106. Try to update with usb drive goes to maybe 3 percent than pops up 101 Error Code. I have tried everything except HD Replacement. Even when I try to reset cache it gets stuck. Any help most welcomed

Same issue if someone has a fix.

As Xbox gets system updates all the time you gotta make sure you get the latest and since there's no archiving page where you can list and sort to the latest you just have to check manually. (there's no point for MS saving old system updates I guess)

well i keep getting error code E102 00000C01 8007045D and i was playing madden when my buddys mic cut out and my xbox one x started to flash its light twice over and over. then my tv shutoff and my xbox hasnt turned on since,

PS: Its making a clicking noise any answer will be greatly appreciated THANK YOU

pls guys i need answers i need to play xbox

Not true, power supply also makes a clicking noise and is a MAJOR problem with the xbox one x

Use ur game pass app on ur mobile device and screen cast. U can also pair a controller

Hi, I have an xbox trying to fix and all appeared well except the HDD was starting to fail freezing games taking a long time to load etc. so tried to put another hard drive in from another box and also reformatted and set up a new drive to see if this would work. When I put in the either drive it starts off with E106 error message reset xbox and tried the updates via USB and E101 and back again and so and so forth. Tried system cache clearing by powering down. There is still some life in the old hard drive so put that back in and can get the Xbox to boot up. I then tried to see if it would update using this hard drive and this also came up with an E101 error even though I have the latest update on the USB stick. Tried the pressing A button during the update and it is still refusing. Thought the versions on the HDD for both the one that boots up and the one that doesn’t was different but they are not both on the current version. Tried OSU2 and 3 but these both failed straight away rather than after a couple of percent. (Assumption is that the box knew these were not correct for it) Found The USB drive I was using was corrupted and fixed that and recopied the files over. Still didn’t work so tried the same type of interface with another SSD not HDD for the update and same result.

Read a different method to clear the system cache, Unplug all cables from the box, hold down the power button for 5 seconds to clear any power in the system and then it worked with the new USB drive I set up for the OSU1 update. Either I had not cleared the cache properly or the USB drive was corrupted or some combination of both caused hours of problems. Got the new drive working now.

1.Ensure that you have the latest sw update build. They release updates all the time.

I've already tried this so many times but it still doesn't work. :(