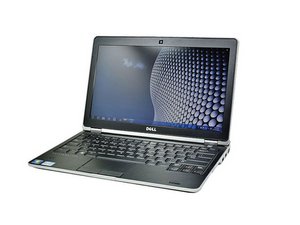 I have another E6220 I ended up getting once I found out how much the batteries and charger cost - which came with what I needed and an extra battery. This 2nd one has the DW1501 (BCM94313HMG2L) and DW375 BT module (BCM90270MD). The wireless card is giving me some trouble and I have a Intel 7260AC I can install from a failed laptop and fix the wireless once and for all. However, the Intel 7260AC has integrated Bluetooth while the DW375 is a dedicated module as the old Broadcom cards do not have integrated Bluetooth. I am still going to get the other one going, but this second one is worth keeping around.

I’m thinking the best way to deal with this is to change the DW1501 out and disconnect the DW375 module, unless both can coexist as the only way to fully get rid of it is to remove the bottom subframe. Would it be possible to leave the module installed, and just remove the driver so I can change the bad card out or would it be better to disconnect it and cover the wire with Kapton tape so it can’t cause issues? Eventually the module will be removed entirely, but I’m going to wait until I service the cooling system since it isn’t a 10 minute job. I can probably troubleshoot it, but the spotty 5GHz support is why I’m just going to replace it and not go too far with making it work. I also suspect it’s like the ath9k cards where they just do not work well in Windows 10.

According to the service manual (see p.106) it states for the BIOS > Wireless > Wireless Device Enable setting:

“Allows you to enable or disable the wireless devices.

Default Setting: All the options are selected”.

I was wondering if you disabled the BT in BIOS whether the “new” BT incorporated with the WLAN card would still work.

If it does it would save you having to remove the insitu module etc.

Worth a try maybe.

@jayeff Yeah... I think the BIOS is indiscriminate about disabling devices.

I have to change the subframe anyway bc someone managed to strip the freaking screw hole the bottom cover uses (beyond repair; it kind of holds but the bottom cover is visibly loose and has stayed without manual intervention), so I need to remove it for repairs and maintenance anyway. If it's indiscriminate, I just need to remember to remove the BT module. If I can get away without messing with the frame that's even better, but I'm not holding my breath :(.

Normally I may not fix such an issue when I have 2, but this 2nd one had the W10 upgrade which is a huge deal especially since I need to get a new drive for the first one, install Win7 and then hope it's still available for free. I need to see how I fared with the Unknown eBay transfer as I didn't get a Dell EMC eMail yet, but since I have my foot in I can wait a month (give or take), call in again and make it happen. I want it done so I can get help with BIOS passwords.

@jayeff Turns out getting rid of the legacy BT module was a matter of removing a support bracket and unplugging it - no need to remove the subframe. It wasn't as bad as I thought it was.

I presume you meant original module when you said "initsitu module".

It may have coexisted since the Intel BT presents as Intel Bluetooth device, but I don't want to have a BT 2.0 module competing with 4.0 in the same system, especially since 4.0 is backwards compatible.