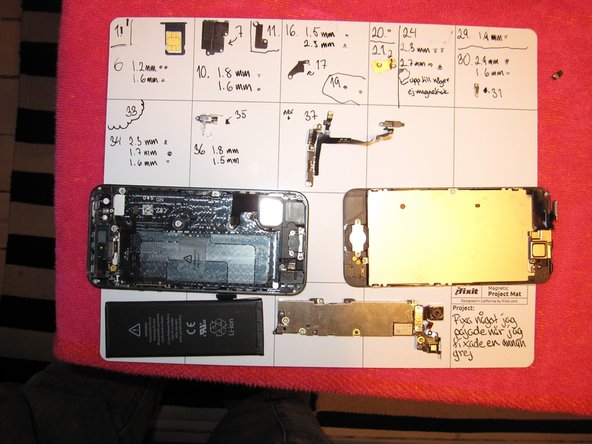 This time around it all went just fine. The hardest part to remove on this phone is the battery with its super glue like adhesive and since I already took care of that the last time it was no problem now.

The Magnetic project mat was a huge help when putting everything back together again. I guess you could have managed without it but it made my work a lot easier. The phillips #00 screwdriver felt a tiny bit to big. Sometimes i did not get a god grip on the screw head and I had to use another smaller screwdriver to make the screws turn. This could very well be user related though.

A word of advice is to make sure the cable you get is pre mounted with the metal brackets. The one i got from iFixit was but i've seen places selling it without the brackets. It's just a few bucks more but it will save you heaps of trouble.