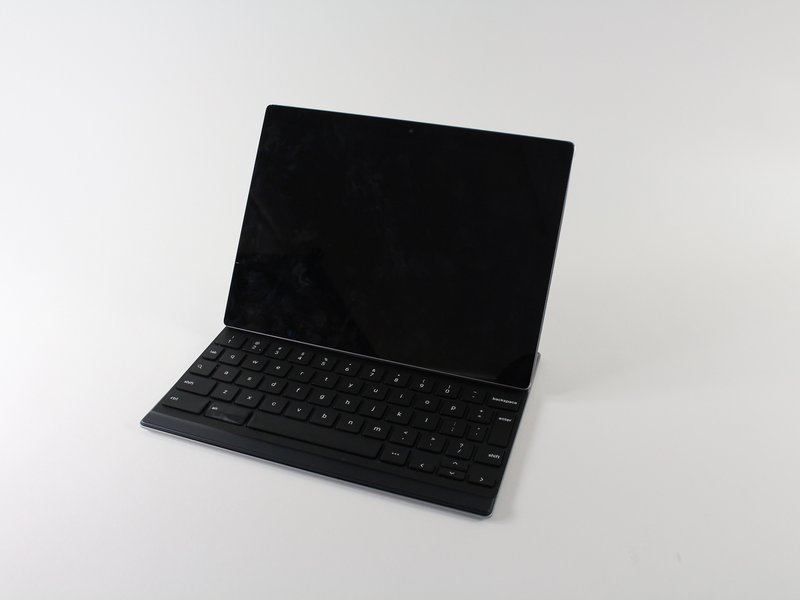 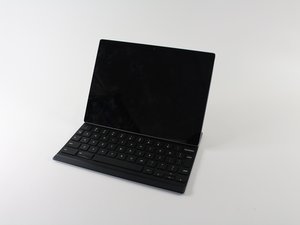 The Google Pixel C is a 10.2 inch Android tablet that was released on September 20, 2015. The device is made to be compatible with a keyboard that attaches magnetically and connects via Bluetooth.

An awesome team of students from our education program made this wiki.

Nothing happens when the power button is pressed.

Battery Is Not Charged

Often times users don't notice their battery losing charge. If the device will not turn on, the battery could be dead. Plug the device into its power source and, after allowing it to charge for several hours, try turning the device on again.

If, after ensuring that the battery is fully charged, the device is still unresponsive, the power button could be broken. It is important to ensure that the problem cannot be fixed without opening the device up, before following the steps in this guide to replace the power button.

Screen Is Faint or Black

The Google Pixel turns on and works normally, but the screen is very dim making it difficult to see the graphics on the screen.

A common cause for a dim screen is setting the device’s brightness too low. To fix this either turn on auto-brightness in Settings, which automatically adjusts to the amount of visible light in the current environment, or manually adjust the brightness as preferred.

If the screen is completely black and will not turn on, the battery could be dead. Plug the device into its power source and allow it sufficient time to recharge.

Whenever the Google Pixel C plays audio, it comes out sounding unclear.

If the headphones are operational in other devices, the distorted audio could be caused by a broken audio jack. Isolate the problem by trying different working pairs of headphones on the device. If the problem persists, replace the audio jack using this guide.

If the audio is only distorted when played from the device’s internal speakers, the speakers are most likely broken. Replace the speakers using this guide.

When typing there are visible lags between the information inputted through the keyboard and what is presented on the screen.

If liquid is spilled on the keyboard, it should be detached from the tablet immediately. For a minimal spill, remove the affected keys by pulling up on two adjacent corners of each key. They should easily snap off. Wipe the keyboard with a paper towel, or use a cotton swab for more precision. Replace the keys that were originally removed. For more severe spills consider replacing the entire keyboard as outlined in this guide.

Sticky or unresponsive keys can be a result of overuse due to continuous impact. The broken key will need to be replaced by pulling up on two adjacent corners of the key, snapping it off. The replacement key will click easily into place.

Bluetooth Is Not Connecting

Screen is Split or Frozen

Half of the screen suddenly stops working or becomes unresponsive.

A frozen or blacked out screen can be caused by a glitch or overload within the device’s server when too many actions are being done or programs are being run. A force restart of the device will reset the state of the software to before the malfunction.

Dropping the device can often knock out small internal parts that help the device function properly. One of these components is a cable connected to the screen that causes the screen light up. This can be fixed by removing the screen, identifying the loose connection, and reattaching the part. Remove the screen using this guide.

What if my pixel c has a black screen? This is driving me Nuts! HELP ME (imagine desperate voice)

It turns on but the backlight is not shining through the lcd panel? (I promise it’s not a brightness problem) If I tap on the battery indicator just before I press the power button when its off, the screen turns on if I had perfect timing. It did not come like this and I can’t remember when it started but it takes me a few minutes to turn the tablet on. Trying to get that perfect timing.

I have the same issue now since November security upgrade.

Did you find a way out?

Did you get this issue resolved? Im thinking bad backlight.. Just curious. thanks

The last few days my Pixel C has started to act up as well. I can hear the sound of screen lock, the LEDs on the back lights up, but the screen is black. At first I could restart the tablet by force it to restart but now nothing happens at all.

I wonder that Google have done? Trying to get us to buy new tablets?

I had this issue in November too. I finally gave up after speaking with Google tech support. I was told it was probably a hardware failure. Fast forward to yesterday and on a whim I plugged it in. It showed battery charge picture. After it charged it's now operating flawlessly. My guess is their update pegged the brightness setting as low as possible. Even though mine was running fine I checked settings and it was showing as totally dark.