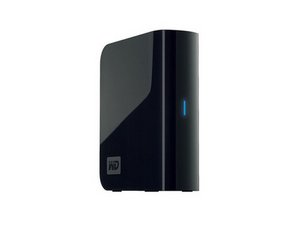 The My Book Essential Edition is an external hard drive made by Western Digital in 2006. The drive uses USB 2.0 and comes in a variety of sizes from 80 GB to 750 GB.

I am a freelance Photographer and after dropping my external hardrive onto concrete, it now only clicks. Easy fix i thought, id buy the same hardrive and replace the broken parts. Now i Have 3 broken hardrives, why 3, well i used another good one of my good ones to check on the data after id opened it, now my Macs cant read any of them. Please help!!! (Ive since been told if you open the outer cases it renders them useless??)

Rick - Got some bad news for you.

The Western Digital external drives have an encryption chip (located on the cases logic board) so when you pull the HD out it can't be read by putting it into a different case or even directly via the SATA connection as the data has been already encrypted via the chip. More of the external HD makers are doing this so if you don't have a WD HD you will need to speak with that vendor on how to recover the data.

The good news here is the drives you didn't drop are likely OK. You will need to reformat them.

The one you did drop may have suffered platter damage (why it is clicking).

If you really need to salvage anything on the disk you will need to speak with WD (or the maker of the external drive) on who can extract the data. I suspect you will need to ship them the case it came it so they can get access to the encryption chip. I must warn you here the cost will be high ands there is also a likelihood the data can't be salvaged.

I also opened them with no ill effect in this regard, they seem to work fine after been opened, so check to see if the drive still has a partition on them if not new one should fix the problem (caveat been the drive will not have any data on it if this is the case)

Hope this helps and Good luck

I've had numerous external hard drives go bad and each and every time I've pulled the drive from the case and either slaved the drive into my desktop or I own a Thermaltake Sata HD Dock (http://www.amazon.com/Thermaltake-BlacX-...) that I picked up for around $45, connects Sata to USB, and works like a charm. I work as a Data Center Tech and I've seen external drives go bad more than I can count and every time I've had to pull the drive to save the data. Not sure where you heard pulling it out of the enclosure will render it useless or remove a partition, but yeah that's untrue.

Just recently, I had a 2.5" 320gb Toshiba USB Portable Drive Enclosure I had picked up for $10 bucks from a pawn shop that did something similar to your situation. The drive would spin up for a moment after the initial connection but then would take 15-20 mins to be recognized by the computer, then another 15-20 mins once I clicked on the drive to access the data, it'd do the clicking, spinning, the whole bit. I had a spare drive 320gb 2.5" Sata HD that I pulled from a Toshiba Laptop (w/ a busted screen) which I pulled and amazingly it was the identical drive that was in my portable. I swapped the drive and it worked great for like 5 days then starting exhibiting similar symptoms as before, but yet slightly different. This time the drive would just sit and click over and over, sometimes it would decide to work, most of the time it wouldn't . Needless to say I threw the Toshiba External HD Enclosure in the trash, I slaved one of the Sata drives into my desktop and used the other to repair a Compaq that had a bad drive. Both drives have worked great ever since and luckily was able to keep the most important piece of it all, my data.

Now if it's the drive itself, like bad sectors, etc. you'll still want to pull it out of the enclosure and connect it as a secondary drive into another computer that you can run a HD utility like chkdsk or something similar. If it finds bad sectors, many times it can repair them and tag the sectors to not be used again. If the drive has been dropped one too many times, you may be SOL if the platters are damaged. No amount of salvaging can save the drive. From what you describe I'd take a guess and say it's not the drive itself but instead the enclosure that is causing the drives to malfunction. Hope this helps.