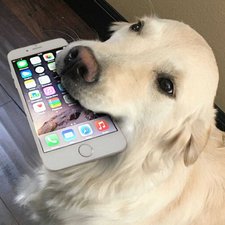 Just one day randomly my Ipad Mini Four, which had been working for maybe 2-3 years, didn’t turn on. I assumed I forgot to plug it in and charged it. The next day it still didn’t work. I asked a Tech Savy friend about it, and they said it may have The Black Screen Of Death and suggested a local repair shop. Then, some stuff came up and we never got around to fixing it. My parents have it stuck in their minds (I’m a minor) that it’s the battery and plan on replacing it by buying an Amazon kit eventually. Any ideas what the problem is?

Please note that this began in late 2018 to mid-2019 so it’s not a new problem. We cannot currently afford a new iPad, so I have high hopes this one can be fixed (We also have another broken one, but I’ll ask about that later cause we know the problem).

Usually when a battery isnt charged for a long time it starts to decay and becomes unchargable. I recommend taking it to apple or a local apple authorized repair shop. This is realy commen issue and if it turns out bot to be battery it might be water damage.