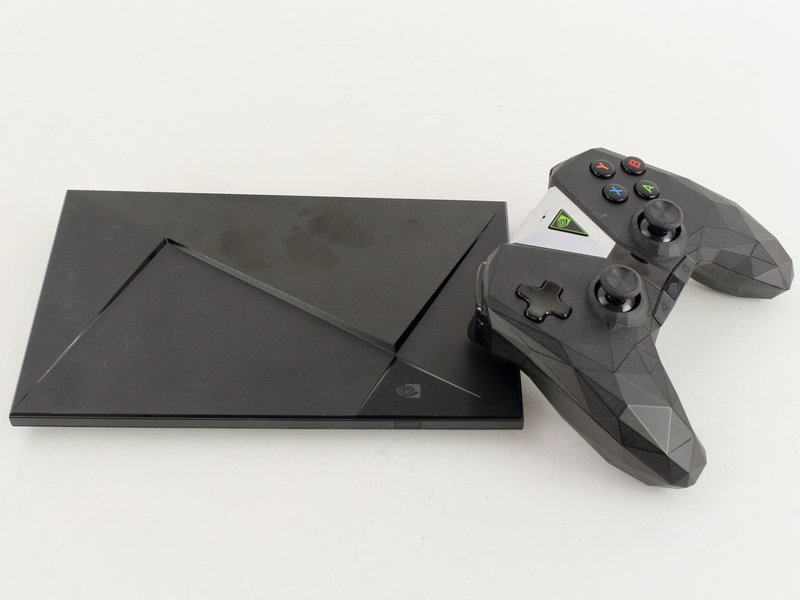 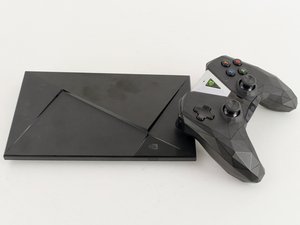 This 'SHIELD Pro' Android TV console by Nvidia is a slightly enhanced version to the 'SHIELD' console released for sale on May 28th, 2015. It contains mostly the same internal hardwares as the original 'SHIELD' console with a much higher storage capacity of 500GB as compared to the 16GB of the standard 'SHIELD' device. The model number for the device is P2571.

During Game Developers Conference(GDC 2015) in March 2015, Nvidia announced the SHIELD TV console which runs on a modified version of the Android OS later revealed to be the Android TV platform during Google I/O 2015. The Android TV platform is based on the Android 'Lollipop' iteration(v5.0) of the popular open-sourced operating system and it features various modifications, enhancements and extra functionalities that specifically targets the set-tops, multimedia player and small form factor console environments such as the likes of Roku, Chromecast and now SHIELD.

Besides being able to run typical Android apps/games from the Google Play store, the Nvidia 'SHIELD' and 'SHIELD PRO' Android TV consoles are mainly used as a TV and Game streaming device using the GRID technology pioneered by Nvidia featuring end-to-end network optimization and latency reduction combined with a streamlined user interface that makes multimedia consumption and gaming much simpler for the masses. Nvidia stated its goal is to have gaming and multimedia contents accessible to as many people as possible around the globe promising to revolutionize the future of gaming and how digital contents are delivered and distributed to the end user. To support these features and it's intended use, Nvidia decided to bundle the console with it's own designed controller that resembles the previously released 'Shield Portable' handheld console without the display portion attached with obvious refinements and upgrades.

Inside the SHIELD console is a powerful SOC designed by Nvidia known as the X1 which succeeds the previous generation's K1 series of SOCs. The X1 SOC is manufactured by TSMC on their 20nm fab process and features 256 cores GPU based on the Maxwell architecture as well as a 4 + 4(8 total) cores ARM CPU in an altered big.LITTLE configuration consisting of 4 high performance ARM Cortex A57 cores that take care of demanding processing threads while another 4 low power ARM Cortex A53 cores will take care of the light processing loads for better power efficiency. The A57 commands 2MB of shared L2 cache while the A53 has access to 512KB of shared L2 cache instead. These CPU cores are all 64-bit 'capable' cores and they're linked to the all new LPDDR4 class of RAM technology which improves the overall peak bandwidth from that of LPDDR3's 14.9GB/s to 25.6GB/s all while being even more power efficient. The amount of RAM included is 3GB. The CPU clock rate was not announced or stated by Nvidia so only a future announcement or 3rd party benchmarks will tell for certain. Along with advancements like Isolated Power Rails and Fourth-Generation Cluster Switching, the SOC also features a custom interconnect allowing improved power/efficiency performance compared to the standard ARM CCI-400 implementation. 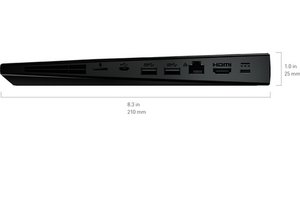 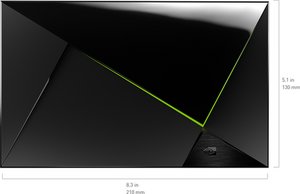 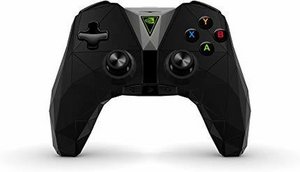 The Shield Controller has an ergonomic black body covered in edgy diamond-shaped panels all over the surface, in the grey diamond at the very top middle of the controller is the signature Nvidia brand icon in a triangle shape, pointing down.

As a bonus, the thumbsticks are detachable for replacement/customization.

The only known differences between the Shield Pro and the standard Shield is that the 'Pro' model includes bundled game Borderlands: The Pre-Sequel which retails in the Google Play store for $29.99 USD and a 500GB 'hybrid' hard drive spinning at 5400rpm with an 8GB of SLC NAND cache whereas the standard model contains only 16GB of flash memory based on eMMC 5.1m so it should still be quite speedier than the HHD despite the capacity difference and the 8GB of NAND cache.