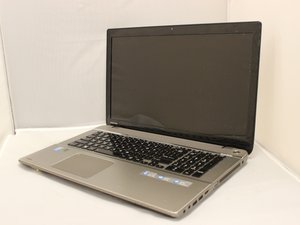 This is the upgraded version to the P75-A7200, with the only difference being a pre-installed 8.1 OS from windows on the newer device, rather than 8.0.

Greetings to all... I want to add a second internal HDD to my Toshiba Satelliete P70A-AT2GX1 in the slot I have free. The original HDD is a Toshiba MQ01ABD 100A 1 Tb. I want to put a 2 to 4 Tb HDD. I can only find Toshiba HHD 1TB. Can I put any other brand with SATA specifications? Thanks to all of you

This belongs in Answers, so I voted to migrate it.

This question was migrated from https://meta.ifixit.com/Answers.

Any SATA III hard drive will work. Ideally, you want to look into a WD Black if you can afford it. The HGST drives are good too but they tend to be more expensive then the WD product and harder to find.

That said, the Fixed III WD Blue drives aren’t as bad as the ones I’m famililar with from 6-10 years ago when they were unusable outside of fringe cases and had a significantly shorter lifespan. Even a Blue drive is better then the factory Toshiba drives (750+ drives die in 2.5 years nearly 100% of the time) since they’re still a lot faster and far more reliabile. While most professionals still refuse to use them unless the budget forces it due to the 3->2 year warranty reduction and past short lifetime issues, the current Fixed III ones are far better then the old ones like the BEVT series, which all burned through their spare sector reserve in 2-3 years with any meaningful use ON TOP OF the bad read/write speeds. They use binned Black drives more often then not now, so you’re getting a much better drive these days but they do run at 5400rpm vs. 7200rpm. If you buy one, I would do so with the expectation the drive needs to be evaluated for replacement in 2.5-3 years which is how we used to deal with them to be safe - especially in a primary system.

If you can spend the money on a WD Black, do it. The speed is much better and you get a 5 year warranty vs 2 years with the Blue series. I don’t recommend the Blue drives if you have the budget for a Black drive - even today.

NOTE: You still want to avoid them in XP/Vista/7 systems as the OS/kernel optimization is not there and you run into the same performance issues as the old ones. They work fine in 8/10 systems, but that’s about it since those OSes are actually well optimized. You will still know it’s a 5400rpm drive, though.

Follow this guide up to Step 3 and move towards the hard drives. You’ll need to purchase the required drive bracket and screws - which will likely need to come from eBay since Toshiba is stingy and doesn’t provision the machine (likely to *ahem* push you into paying factory service pricing), and purchase a bag of 2.5” drive screws on eBay. I tried to get the Toshiba P/N from a source I am not revealing (hopefully understandably so) :( - this was released after the bogus takedown.

What I would do is get a 256GB class SSD, put that in Bay 1 and jam it good with something to keep it secure (removable!) and use the HD bracket in Bay 2 if you can’t find the part.

If this is a Windows 8 machine and you cannot make recovery media or the images needed are lost, get a copy of the ISO from Microsoft, extract it with 7Zip and load the files into NTLite. Go into Unattended and add OEM SetupComplete to force it to find the key - Windows 8 has SERIOUS issues detecting the BIOS key on Non-OEM media on certain machines. DO NOT CHANGE ANYTHING ELSE. You’ll need to generate a new ISO file once you make the changes needed to fix the problem. While it doesn’t always happen, it’s common enough it’s better to have it as a backup plan.

Sorry for my answer in spanish. it’s english version: I thank you very much for your complete answer which guides me in everything. I am going to search Amazon and eBay for WDBlack options to see if I can get the savings. I wish you the best of luck in everything, particularly these days of COVID-19. Cordial greetings